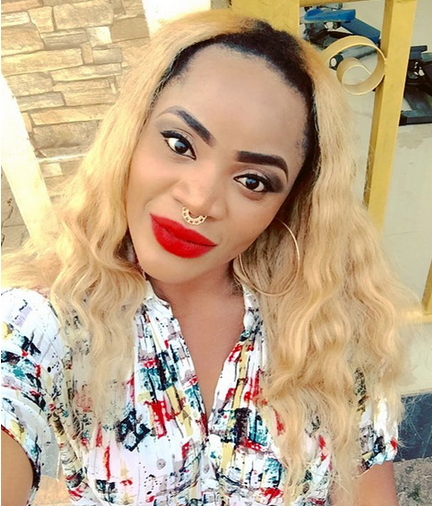 Uche Ogbodo shared a photo of herself rocking the same nose ring she’s been rocking for a while now yesterday but most fans disliked her new image.

A particular fan @thankgod told her to remove the ring. She then told him straight up to commit suicide. 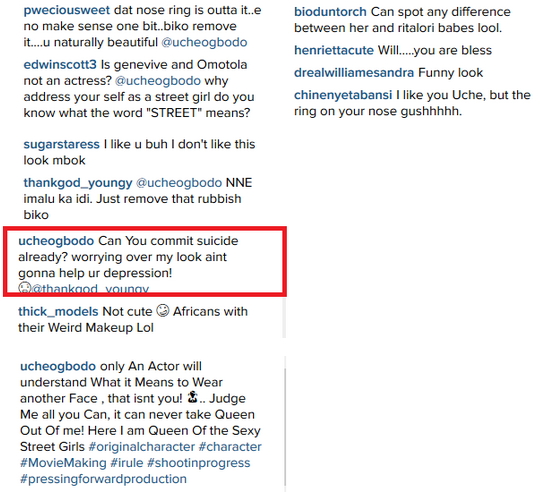 This is not the first time the actress will come hard on her fans.

The same episode played out last month and she ended up apologizing.

Telling your fan to commit suicide is a bit too far. Many of them look up to her as a role model.

What kind of example is she laying for them?