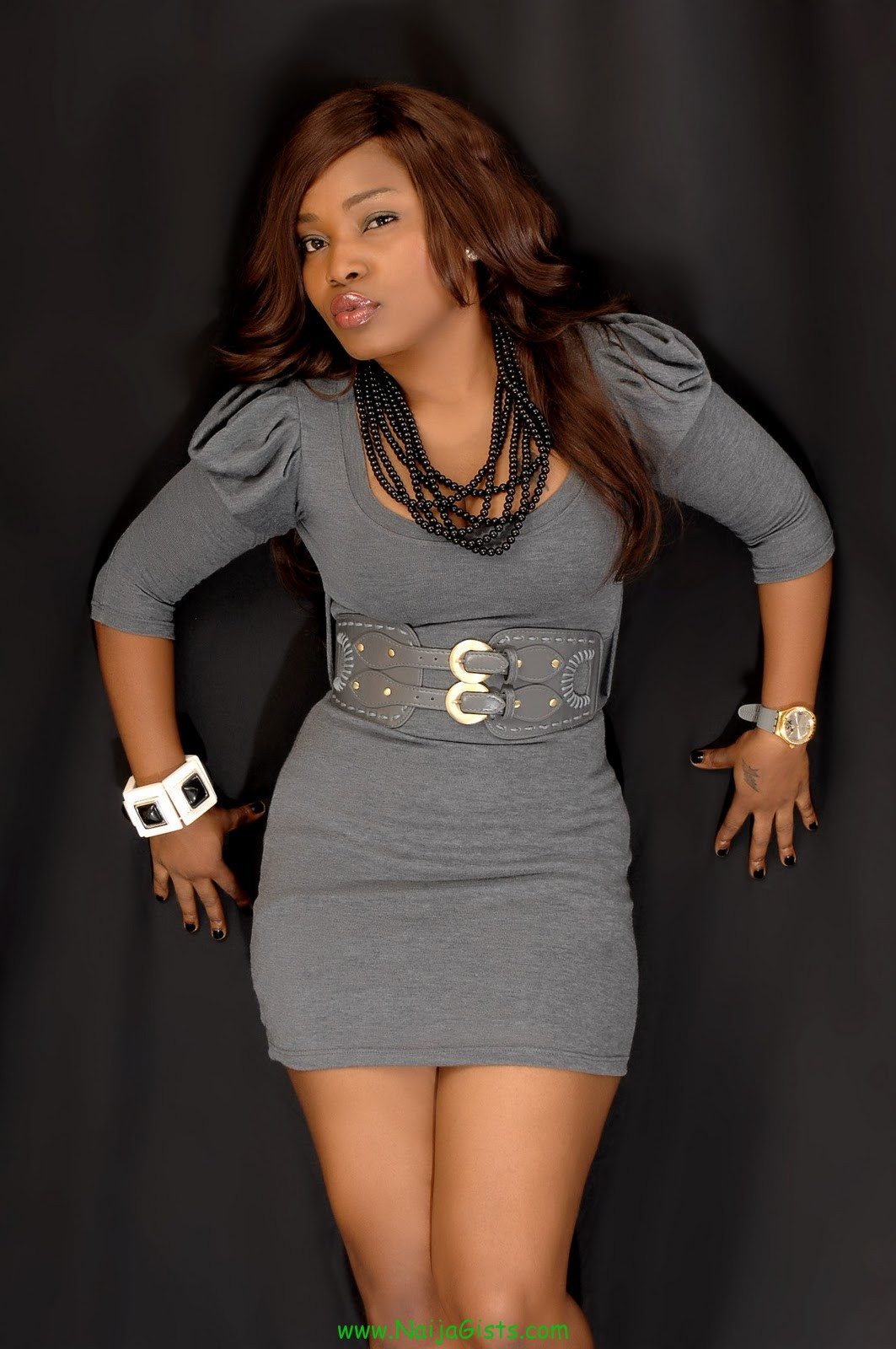 Nigerian Actress Halima Abubakar, winner of Best Actress Supporting Role, 2011 AfroHollywood Award, UK, spoke with P.M.Entertainment in London about herself, the movie industry and other issues

When did you come into the movie industry?
Well, I came into the industry about 10 years ago.

Who ispired you into acting?
Nobody did, I inspired myself because I wanted to do it. At that time, I was in junior secondary school in Kano where I grew up and spent at least 12 years of my life there although I later went to Katsina.

Did you act in Kano?
Yes, I did one or two films there but I started with English movie and I left for school to finish my education  and later attended Ado Bayero University while I was shuttling between Lagos and school.

And nobody inspired you?
No, because there was no Nollywood then and what we were watching was Behind The Clouds, Third Eye and other soaps. Everything, put together, inspired me.

Why is it that Nollywood is not as pronounced in the North like here in Lagos?
I think that question should be directed to them because I belong to Actors’ Guild of Nigeria (AGN) and we basically act English movies.

With your over 10 years experience in acting, how has it been?
Eleven years now. Well, it’s been a journey and I am still learning.

Despite your numerous awards you are still learning?
Yes, I won six awards this year. They are City People Award (Best Actress 2011), I’m here in London to receive the Best Supporting Actress (AfroHollywood) and The Youth Award 2011. I was recently honoured by former school, Ado Bayero University and was also honoured in Accra, Ghana. I have others too, so from point A, you get to point B and still pushing to do something different in your life because awards are meant to inspire you and not to rest on your oars. Getting awards means I am doing well and I am not going to take all the credits. You people, my fans outside there and others, contributed to my success and paying back, I have just finished a new movie.

What is the title of the movie?
I don’t want to let the cat out of the bag yet.

Have you made money from acting?
I’m surviving by God’s grace.

Do you do other businesses apart from acting?
Oh yes, I’m into farming and spare parts business. I’m into hospitality business, while I invest in other people’s businesses, among other things.

There are accusations that most actresses want to look flashy at all cost and yet they are fake. How true is this?
If some are fake, I’m not and you don’t need to wear flashy things or go out of your way to look good. Well I’m not categorical, I only wear what I can afford and don’t go out of my way to make things happen. I’m not also in the league of people that live above their means.

But it was reported that some actresses date rich guys to make more money?
Do you want us to date poor people? I don’t understand what you mean by that.

I mean some of you engage in other activities to make money?
Maybe they do it, but I don’t and that is a matter of choice. People are free to live their lives the way the want and being a noble woman, I believe that a woman’s body is the temple of God and pride to her future husband, if she decides to live irresponsibly and ruin her life, its her choice.

Are you aware that some of them do some extra runs?
If they do, that is their own choice, but I don’t do runs.

What motivates you when you are on set?
I read my scripts very well and know what to add and subtract.

What is you universal selling point as an actress?
I try as much as I can to be real and don’t use too flashy make up, while I don’t over act. At least, we were on the same flight from Lagos to London and by that, you should have known the kind of person I am and my selling point is my gentle personality and I always use my brain.

I saw you doing some shopping in London, so what is your fashion life like?
My life is classy and chic and I love cultural stuff, while I add some Nigerian influence into my dressing. For example, I can buy a foreign attire and add Nigerian or a Ghanaian hand bag to complete the dressing.  I also have a shop in Kano and some of those things are going into the shop.

As an indigene of Kogi State, why haven’t you featured so much in Yoruba movies?
I have done one and I discovered that I’m not too good in it and Yoruba language is one of the languages I respect so much, so I don’t want to spoil it and I had to opt out of it. https://naijagists.com

When did you have a break in the movie industry?
I will say when I did Area Mama and that was when I came back in 2006, while my first major role was in Secret Evil in 2001. But Area Mama brought me back, while White Hunters sealed it for me and I won an award for the movie.

There is this allegation that there is sexual harassment in the movie industry, how true is this?
Of course, there is because immediately I came back 10 years ago, a member of an unprofessional clique calling themselves film producers, tried it with me.

Who is the person?
Do you expect me to mention anybody’s name? No, but one of them tried such with me but my god brother, Micky Robson, warned me against the person. Well, I will say I was lucky because I have people who were guiding me.

Was the person pestering you or wanted to do otherwise?
No, but the person insisted that I should come and collect my script at his hotel room and I told him ‘do people collect script in hotel rooms?’ Another incident was when another guy had an audition for a movie entitled Eagle Bride and asked people to pay N500 each, a lot of people actually paid the money.

Did you pay?
No, I did not pay because he asked me to come and pick mine in a hotel and I wondered why it is me, among hundreds of people, would go to a hotel and pick my script, when I did not even have a dime to pay in the first instance. Anyway, I told Micky and he warned me not to go and I did not.

Do women harass men in Nollywood?
Yes, they do because a lot of confused girls that came into Nollywood lately don’t know their bearing as they just came flaunting their bodies and when somebody tries to show interest in them, they cry foul and say that they are being harassed, yet they were the ones harassing the men. They do it because they are not ready to work hard because you can not tell me every man is harassing you sexually, so something must be wrong. Well, I’m an actress and when I am on location I see these things happening and when you try to advise them, they will tell you that they know what they are doing.

So what is the level of Nollywood for now?
We are growing rapidly for now. Nollywood is a big industry that can make the country proud.

How do you see Halima Abubakar in the next 10 years?
My prayer is to be happily married and raise a good family.

When do you hope to get married?
Everything is in God’s hand.

Do you have a relationship?
I don’t discuss my private life on the pages of newspapers.

But who is the lucky man?
No, I won’t discuss that.

Who then is your ideal man?
My ideal man is the person I am dating.