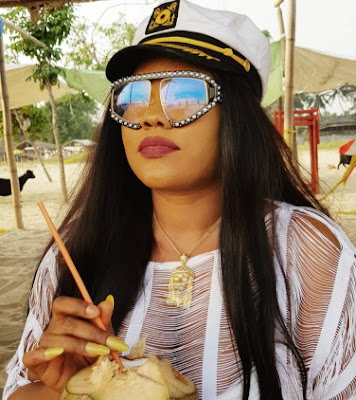 Beautiful Nollywood actress Daniella Okeke who became a star in 2014 is out with another movie titled ‘My Husband’s Diary’.

According to the actress, the film is about two sides of a marriage.

“The greatest struggle ever known to man is that of his flesh against his Spirit. And very often than not, it is an unfamiliar journey along a very familiar road. No one would understand. No one could ever imagine that imperfection can be so blindly masked in perfection,” she said.

On the theme of the movie, which has to do with man’s deepest secret, she stated, “Sadly, all it takes is a moment of weakness. Perhaps the very moment when we least expect. And if we could truly understand the creature called man we would need him to at least write his deepest secrets in a Diary!!”