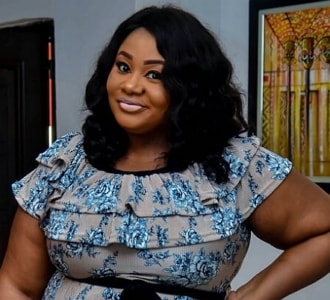 Adaorah Ukoh who recently celebrated her birthday in style has launched her own foundation.

The foundation named TAUF (The Adaora Ukoh Foundation) mission is to help woman fight cancer and feed the less privileged in the society.

In this recent chat with Dupe Ayinla Olasunkanmi, the UNILAG graduate talks about the foundation, her family and her other projects.

What have you been up to?

The first thing is raising and caring for my family. Also, I have done a few jobs here and there. I also floated my own movie production company, The Bigsistz Production Company, and we have done a few good short films and a feature length film. Our latest job is White Lingerie; a movie on a dysfunctional family and siblings rivalry. On the side I am also building a foundation to contribute to screening and early detection of cancer in women and also feeding people on the streets. It is called The Adaora Ukoh Foundation.

Tell more about your new NGO?

My NGO is new but not entirely new. What I mean is I have been into charity work on a private level. The reason I said it is not entirely new is because the publicity I gave to it on my birthday was like a formal launch for the foundation. Like I said, I have always been into various charity works. The basic reason I formally launched the NGO on my birthday is because I got involved in raising funds for a 25-year-old breast cancer patient who happens to be my house help. The young lady in question who has been working with me for some months was at a stage three breast cancer without my knowledge. When I eventually found out, it drained me emotionally and at that point I knew I had to do something about it, which prompted my floating the foundation instead of having a birthday party celebration. My team came up with the idea of feeding the less-privileged on the streets.

What was the most interesting part of celebrating another birthday?

I kept having this feeling that I should reach out and do more so on my birthday. God put it in my heart to kick-start a foundation to basically do two things; help women get early detection for any type of cancer that basically attacks the women folks; whether breast cancer, ovarian cancer, or cervical cancer. As we all know, early detection is the best cure. Jennifer, the young lady that was the idea behind the foundation, never got screened or tested. Not even when the ailment had started, and this was due to a lack of funds. I can bet Jennifer never knew what she had until it deteriorated. So in that spirit of reaching out, I decided the best way to celebrate my birthday for the first time was to cook, share my cakes, drinks, and give some supplies to a hundred beggars on the street in an initiative called #feedthestreet.

So far, how is it faring?

To be honest, the climax of the events was the point where we went out to feed the less-privileged ones in the Ajah axis of Lagos. It was tagged feed the streets. This is going to be a continuous exercise, something I will be doing more often.

You suddenly started keeping a low profile. What were your reasons?

I’m not sure about keeping a low profile as I have been doing the needful, that’s what I will say. Having been around here for years now, I would say I am at that stage where you don’t try to force anything. Being myself is what I have been doing. And of course family is surely taking a lot of the time I would have had when I was single.

What has motherhood done to you as a person?

Motherhood is the best thing that can happen to any woman. I can tell you emphatically that being a mother has put light in a part of me I never knew existed. Being a mother brings out the most beautiful part of a woman. The changes are intertwined from physical, to emotional, and otherwise. To be honest, it is better experienced than explained. It is the joy of every woman to have, hold and keep a baby.

What are the challenges of running a home with your career?

To be honest, running a home and a career hasn’t brought any challenges for me. These are two parallel institutions, if you will permit me to use that word. Just give to each of them what they deserve, and there should be no challenges; they should run smoothly if you give them their required dose of daily living. If you deny one over another, then the challenges raise their heads. I have religiously given them their dosage. So I do not have any challenges regarding that aspect. And lest I forget, the persons that make up that home play an integral part of the whole smooth running process of a career and home.

Since your career kicked off, what can you say are the challenges of being a plus-size?

Here we go again. Being plus-size is me; that is what I am and that is how I have come this far in this career. I have embraced and come to love myself and the space around me. I am a plus-size who does what a plus-size can do. So I do not see any challenges in being a plus-size, to be honest. At least not anymore; even if I saw challenges in the past, it has changed and I can tell my own stories my own way and produce my own works.

Did you at any time felt there was need to trim down?

No, I never felt the need to trim down. I have always felt comfortable in my skin and around my space.

You did a launched clothing line for plus-sized women?

The clothing line is also another project of mine that I have plans to re brand. At the moment, I am in talks with a couple of designers both within and outside the country to collaborate with, to take the brand to the next level. And I started it because of my love for clothes and the need to identify with the needs of plus-sized ladies. Today, the plus size fashion industry in Nigeria is fully embraced and on the rise, and I am glad to be a part of it.

Having bagged a degree in Law from The University of Lagos, do you have any plans to practise?

At the moment to be honest, I have no plan to practise. But there is always a possibility. It can happen.

You took the bold step to go bald. What informed that?

Going bald was only a professional move. It was in the bid to deliver a role even better as a professional actor. I did it out of my love for acting.

You enacted the role of Miranda, the lesbian in ‘Lekki Wives’ so well. How were you able to pull it off?

I guess I must have delivered the role excellently for it to have appeared so real. As a matter of fact, that is what the job is all about, make believe.

Has that particular role affected your personality outside the movie world?

No, the role has not affected me in any way negatively.

Continue Reading
You may also like...
Related Topics:Adaora Ukoh, foundation