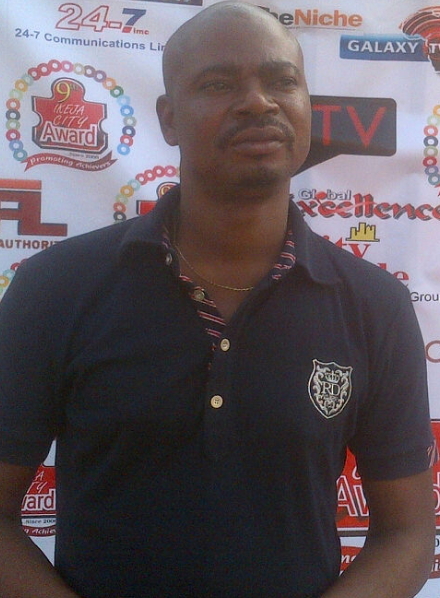 TV producer and script writer, Segun Oke fondly called Toyobo is in urgent need of public support for an urgent operation yet again. This follows a relapse of previous operations of leg injuries sustained in an auto accident in 2003. He shared his story with Adetutu Audu.

OCTOBER 3, 2000 will remain indelible in the heart of producer of popular Nigerian television show, Labe Orun, Segun Oke, fondly called Toyobo. That was when he had the accident that has left him bed-ridden and taken him away from his source of livelihood.

Toyobo’s 18-passenger commuter bus had rammed into a trailer at about 7.30pm around Berger Long Bridge on the Lagos Ibadan expressway, while attempting an over-take on that fateful day. He woke up in a hospital along with several other passengers to find out that his two legs were badly affected.

Toyobo was on his way to Ibadan to cover an event for a Fuji artiste when the incident happened. Unfortunately, the accident happened when doctors were on strike, hence he couldn’t get immediate adequate attention.

He said, “After three days in the hospital, my legs began to rot and I had to be taken to an unorthodox bone-setter’s, where I spent six months before I was discharged.”

Being a family man, he could not afford to be bed-ridden, hence he sought more help. Luck smiled on him in 2013, when he met the managing director Slot Systems, Nnamdi Ezeigbo, who funded his trip to India for surgery on both legs. One of the legs however did not get back in shape, even after the operation and he has been managing it since then.

Two years after, Toyobo seems to be back to square one. The legs have started swelling again and he is in excruciating pain.

“I am unable to go out again. For the past three months, I have not been able to continue with my progamme. My doctor, Dr. Arora of Columbia Asia Hospital, New Delhi, told me in India that it is better for the legs to be amputated and I could be using prosthesis, but the fund was not enough. At the moment, the pain is killing and I have decided to accept my fate and have the legs amputated.” He said amidst tears.

During the operation, he said he had to undergo bone grafting, following damages to the bones of the leg, hence bones were taken from his waist. The bad news however is that the grafting has been infected, giving him only two options: undergo another bone grafting operation urgently or amputate the leg and affix an artificial limb.” 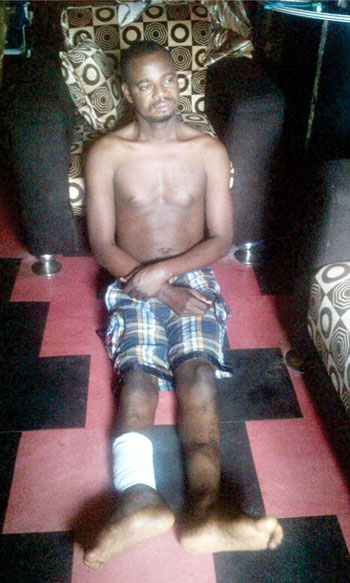 “Being a place where I knew nobody, I was stranded. The expenses we faced were more than we bargained for. The money for accommodation, drugs and feeding in India was quite expensive and the operation cost about $10,000 which Slot gave me. I went a second time for medical check-up and it was still Slot that paid the bill. That is where I have a problem today. I can no longer inundate my benefactor (Slot) because he has been really helpful, hence I need help from other large-hearted Nigerians.”

At the peak of his career, Toyobo produced Aya Gbangba (Uncommon Courage), a Yoruba comic satire movie, which highlighted the ugly experiences of the Boko Haram insurgency.

He also impacted many notable Yoruba actors, including Olaniyi Afonja and Adekola Tijani popularly known as Sanyeri and Golugo.

As an actor, he featured in a lot of movies, with Oba’dan, where he featured with Fuji music Icon Obesere by Bayowa Films, being the last before unfortunate incident.

Mariah Carey Blasts Ex Fiance James Packer For Trying To Use Her To Win Contracts
Sunday Inspiration: Vital Keys That Guarantee Our Access To Financial Fortune