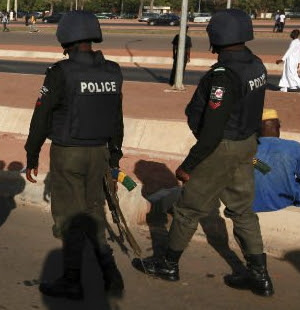 Lagos state most wanted cultist ‘Arsenal’ has been arrested by police alongside his 7 gang members following a raid at a black spot at Oboye street in the Orilowo axis of Ejigbo.

The wanted robbery gang leader was said to have stormed Oboye street to attack members of a rival cult group when police got hint of his moment and stormed the location.

According to eyewitnesses, the arrest of Arsenal who has been on the run for over 7 years happened yesterday.

Police has handed them over to SARS operatives for further investigation.