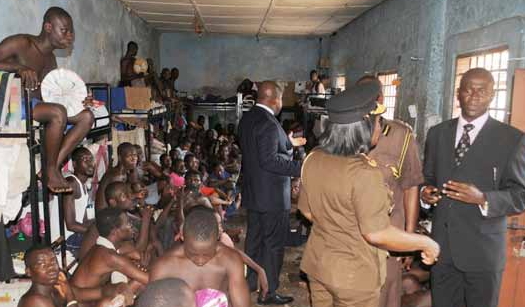 Not less than fifteen prisoners have escaped from their prison cells in Enugu state.

The inmates reportedly scaled over the perimeter fence last night.

According to a prison source, before the warders knew what was happening, about 15 prisoners had escaped from their cells.

Two of the escaped inmates had been rearrested while wandering on the streets. Nigeria Prisons Service  officials were seen today searching for the escapees in Nsukka and its environs.

Continue Reading
You may also like...
Related Topics:enugu, jailbreak, prison