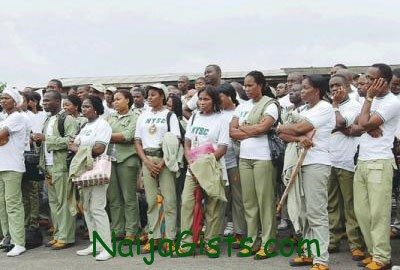 According to sources, 6 unidentified gunmen stormed Redeemed Christian Corpers Fellowship Family house behind FGGC, Jalingo at about 1am today, carting away money and other valuables.

“the motive of the attack was unknown because the bandits were asking of our states of origin and threatening to behead us. RCCF Jalingo president Banji Omogbehin said

“We can’t quantify our loss but four laptops, money and  more than 28 phones were taken away. We are about 20 corps members in the lodge. We called the police but they never showed up until two hours later.”- the victims

The terrified corpers called police for help and to their surprise, police officers rushed in exactly 2 hours after the attack.