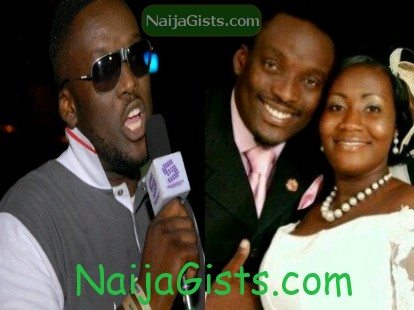 With a heavy heart we announced the sudden departure of Mr Obehi Omokhegbe, The CEO of Chup Knuckle Entertainment company.

The late Obehi of Chup knuckle

After complaining of a mild stomach ache, his wife and neighbours rushed him to the aforementioned hospital where he eventually gave up the ghost.

His wife said he vomited and fainted at home before he was rushed to University of Benin Teaching hospital where he was later pronounced dead by the doctors.

The late Obehi is survived by his lovely wife and three children.

An Open Letter To Cossy Orjiakor & Tonto Dikeh: Have Respect For Your Culture
Man Who Exhumes & Sell Corpses For N5,000 At Itoku Market Jailed In Ogun State