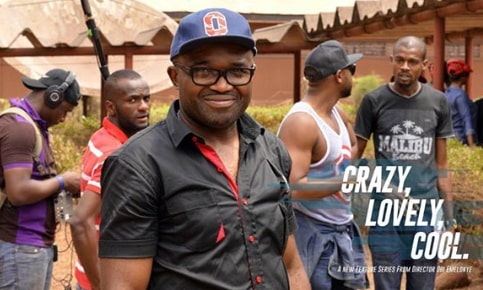 ‘Crazy, Lovely, Cool’ (CLC), is a joint production between The Nollywood Factory, owned by Emelonye and Trace TV.

The film was shot in 2017 inside the picturesque campus of the University of Nigeria, Nsukka, Enugu State, Nigeria.

The dynamic hour-long drama series was written by award-winning Kemi Adesoye and shot with Arri Amira camera system with Ifeanyi Iloduba as the director of photography.

It parades some of Nollywood’s finest acts as members of cast, including Adesua Etomi-Wellighton, Enyinna Nwigwe and Uru Eke.

The talented Cabasa worked with performers like Kheengs, Luciano, Kezie, Ceeza Millie and Kemena on the musical side of the project.

NAN reports that with over two decades of experience in filmmaking, Emelonye is renowned for telling Nigerian stories with a universal appeal.

He has his imprint on some of Nollywood’s most successful productions, including the much-awaited biopic, ‘Badamasi: Portrait of a General’ which tells the story of General Ibrahim Babangida.

Angela Okorie: How I Escaped From Hired Killers
Odunlade Adekola Tops List Of Actors Who Quit Acting To Concentrate On Academics