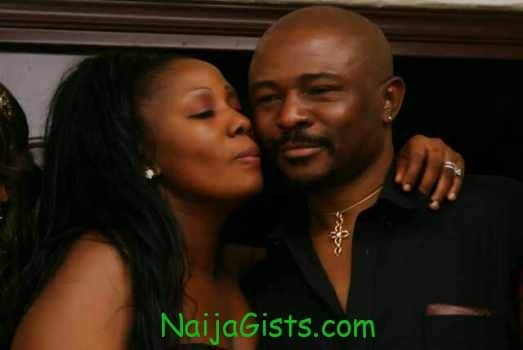 Anytime a celebrity couple chose to tie the knot secretly, believe there is more to it than the claims of just the couple preferring a quiet wedding.

Nollywood actress Oby Edozie was reported to have married former singer Alex Okoroigwe aka “Alex O” at a quiet wedding ceremony in Lagos last week contrary to the personality of the bride who is known for not being so quiet. 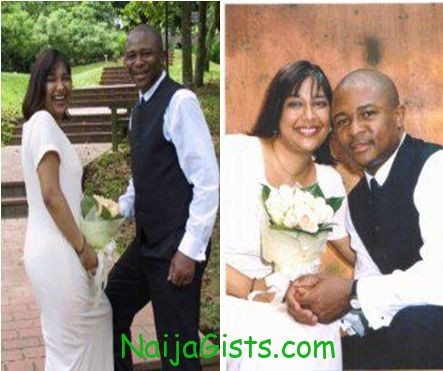 The news going round the blogsville today says Alex is married and still legally married to a South African lady named Fathima and they have a son together. Alex was said to have relocated to Nigeria to start a business (the same thing Odianosen told his Canadian based wife) only for his wife to hear that he was involved with Oby.

Fathima said Alex is a “TWO TIMING CHEATER…LOVING OLD SAD NIGERIAN WOMEN WHO NEED A MAN AND HAVE LOTS OF MONEY!!”

We will not be surprised if Alex produces a divorce certificate issued by a magistrate court in Abakaliki dissolving a marriage contracted in South Africa with no opportunity of serving the other party.(Credit: 1976ad)

Everthing is possible in this great nation of ours !

Whaoo some men get liver ooo.

How Mercy Johnson Got Blind: See Behind The Scene Video of 3 Friends & A Lover
Chinedu Ikedieze, Aki: My Wife Is Not After My Money, She Loves Me For Real