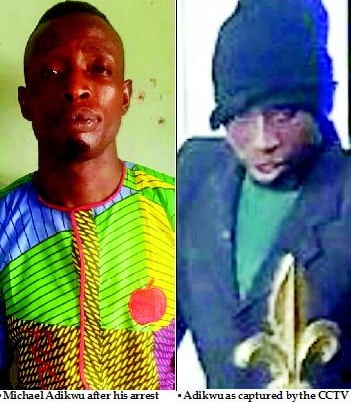 The principal suspects who coordinated Kwara state most deadly bank robbery have been caught.

The wanted suspects caught on CCTV , 35-year-old Ogunleye Kunle aka Arrow, an indigene of Kwara state and 42-year-old Adikwu Michael,a native of Apa LGA of Benue state were caught by Police in Kwara state 2 weeks ago.

The two suspects who confessed to the crime will soon be charged to court. 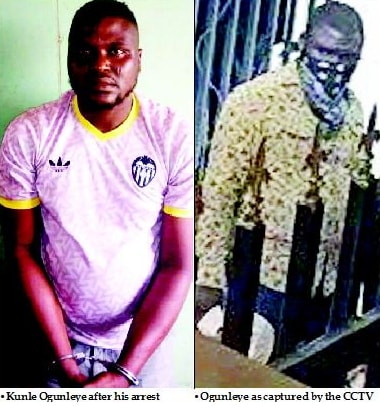 Adigwu Michael, a corporal was dismissed for aiding the escape of armed robbery suspects from police custody  and spent 3 years in jail before bribing his way out in 2015.

So far, 22 suspects have been arrested in connection with the April 5 robbery that claimed the lives of 17 people.

Continue Reading
You may also like...
Related Topics:arrest, robbery, suspects

Newly Engaged Toyin Aimakhu Hopes To Get Pregnant Before Marriage
Woman Rescued From Kidnappers, Ritualists In Agege Lagos Narrates How God Delivered Her