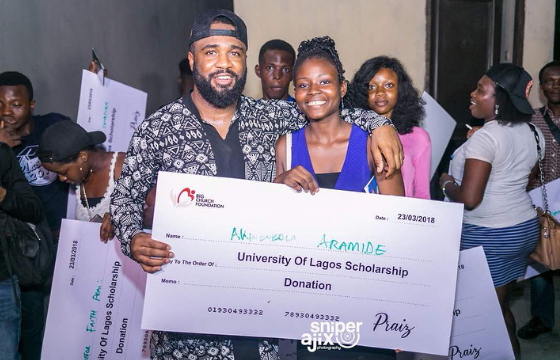 It was celebration galore for students of University of Lagos as Big Church Foundation extended its scholarship scheme to the institution through its Ambassador Praiz. The exercise was part of Praiz Live In UNILAG concert held last week at the staff school Hall which recorded overwhelming presence of ‎students who were thrilled by the performance of the Big Church Project Ambassador with his A’list artist friends.

There was no better moment of excitement for the10 lucky students of UNILAG as they were presented with the scholarship certificate and donation courtesy of Big Church Foundation. Speaking to HIP TV, the official media partner, Praiz said he was fulfilled to put smiles on the faces of his fans as they made him who he is today through their support. 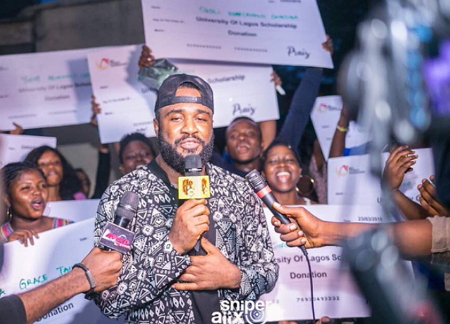 He further thanked Dr. Churchill for h‎is benevolence and kind gesture towards the students with regards to the scholarship offers.

The scholarship project by Big Church Foundation is a brainchild of Dr. Olakunle Churchill and a continuation of his youth and students empowerment programme across higher institutions and ‎primary schools in the country, as recorded with University Of Abuja, Northern institutions and Ondo state primary schools.

The famous charity NGO which has impacted lives in Nigeria and other African countries has listed several primary and secondary schools in Dutse and Bwari area Council in FCT to offer about 200 scholarship to their pupils all throughout their academic year after the Easter celebration, with advanced plans to partner with Anambra state government to offer scholarship to students from the different universities in the state.

Continue Reading
You may also like...
Related Topics:olakunle churchill, Scholarship