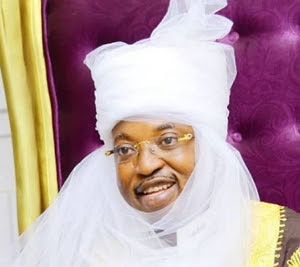 Oba Abdul-Rasheed Akanbi, Telu I stoked the fire of controversy yesterday by adopting the title of an Emir.

The Oluwa of Iwoland officially installed himself the Emir of Yorubaland.

Speaking at the installation and the turbaning ceremony of the first Waziri of Yorubaland, Fadhilaru Sheikh Yahquub Abdul-Baaqi Mohammed, the Oluwo, who adorned an Islamic regalia, said whoever calls him an Emir of Yoruba was in order.

The monarch said Iwo is using the title of Waziri to announce to the world it is truly a citadel of Islamic knowledge.

According to him, Iwo has a distinctive traditional history among the Yoruba race, adding that “these peculiarities have made Iwo to be at the forefront in Yoruba land.”

He condemned those enagaing in cult activities, saying that any traditional submitting his authorities to any cult does not know his worth.

He charged the leaders of the cult groups to expel kings and clerics from their midst because they don’t deserve to be called representatives of God.

The monarch said: “The blood of Oduduwa is running in my veins. I am the Emir of the Yorubaland. 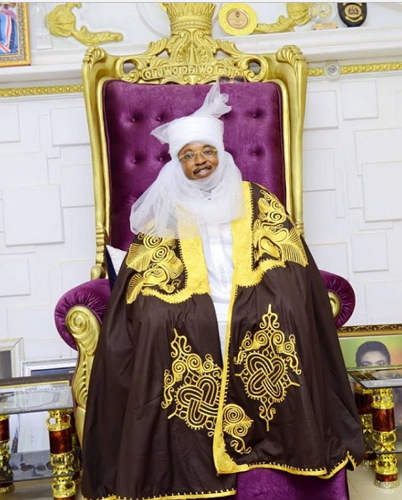 “So far the Alaafin of Oyo has power to install Are Ona Kankafo and Iyalode of Yoruba land. I also have the power to install the Waziri of Yorubaland in accordance with the history which proves that the first monarch in Yorubaland to accept and establish Islam is Oluwo Muhammadu Lamuye.

“Iwo Ilu Aafa is not just a saying. There is a deep history connected to it.

“The first monarch in the entire Yoruba land that accepted and established Islam among the people was the Oluwo Mohammadu Lamuye. The first mosque in Iwo was built in 1655 and that is the first indigenous mosque in Yorubaland.”

Continuing, he said: “Today is historic because I want to give Islam a very good structure in Yoruba land.

“I want to use this title to announce to the world that truly Iwo is the citadel of Islamic knowledge. Iwo has a unique and distinctive traditional history among the entire Yoruba race.

“When I came on the throne, I met a lot of problems of disunity among the Yoruba monarchs but in the North you can’t see the Emirs fighting one another.

“The Waziri didn’t come from the Hausas nor the Fulanis but from the Islamic structure.

“So, anybody that wants to criticise me doesn’t know the history. My action is not just taken from the surface at all but from the history.

“We all believe that Oduduwa is the father of Yoruba. He came from Mecca and he did not come with any form of god. How will anybody believe the report that Oduduwa came from the sky through chains? Even Jesus Christ the son of God according to the Christian faith, was born by a woman.

Continue Reading
You may also like...
Related Topics:emir, oluwo, yorubaland