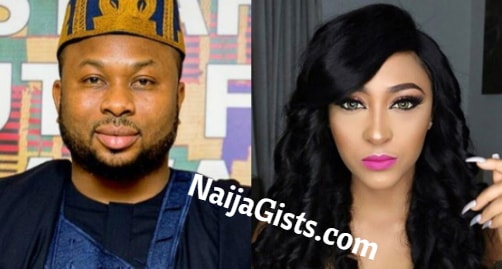 In this chat with The Entertainer, Meurer who said she shared a cordial relationship with Churchill said recent accusations about them dating are baseless.

“Nowadays, hate speech has become the regular ice that we may have to chew when we seek to gain liberation from thirst. I would categorically tell you that I admire their ignorant conception of falsity. I believe in silence as a key to the mansion of focus, regardless of the resolution of critics.

I am an ambassador of Big Church Foundation, and I would do nothing to jeopardise the happiness of the President of the foundation; he is indeed a noble man. I truly feel what he goes through because the singular reason is to drag his name through the mud with fabricated stories against his foundation and his company.

The falsehood affects everyone close to him including his mum who he was accused of touching inappropriately. All these are frame ups geared towards tarnishing his image and his career. I know well about the family and no one can deny that they don’t know me.”

“He is someone who possesses a burning passion and interest in human development and global advancement. He reaches for nothing less than the best. One very spectacular thing about him is that, Churchill is soft-hearted; he would barely hurt even an ant. He is really a good man.”

After Tonto Dikeh marriage hit the rock, she alleged that Meurer romance with her estranged husband crashed her marriage.

“Wherever Women Are Gathered, There Will Be Evil” – Says Liz Anjorin As She Slams Women With Inferiority Complex
Mike Godson: Nollywood Fans Falling For Online Fraudsters Are Greedy And Gullible