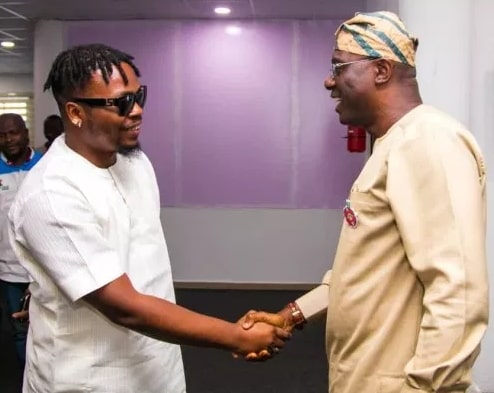 “@olamide_YBNL stopped by the office today for a visit with the YBNL crew. It was a good visit.

“Media and entertainment will not be left out in our plans of taking Lagos to a greater height.” he tweeted.

Olamide who was a forefront supporter of Ambode has now come under fire as Lagosians now see him as a man who doesn’t stand by his promise.

When life was good with Ambode, Olamide who featured in few of his adverts praised him like his life depended on him but now he has decamped to Sanwo Olu party.

No one should be surprise by Olamide’s move as Lagos State under the banner of the ruling APC and then Action Congress has a culture of using big entertainer to campaign.