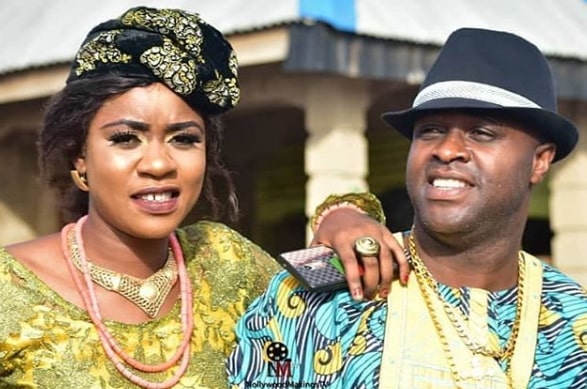 “Acting Can’t Give Me The Kind Of Money To Build A House, God Is The Source Of My Income” – Nollywood Actress Confesses

Returnee Nollywood actress Olayinka Solomon has finally revealed why she wasn’t as popular as she used to be.

In a recent chat with Saturday Beats, the actress reveals why she uploaded her house photo on Instagram and why she returned last year. 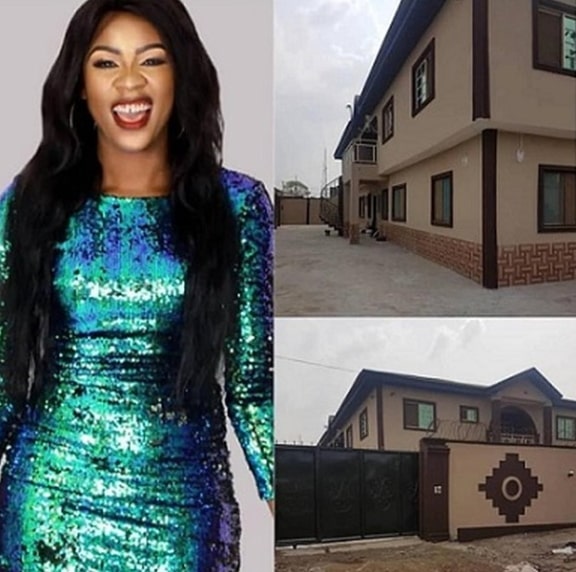 “I have been a landlady for a long time; I have some properties in my name. I actually bought this house; it was even a friend of mine that uploaded the picture on my behalf initially. I didn’t mean to show off. In the entertainment industry, it is not easy to hide your accomplishments.

“I was surprised when I woke up the next day and noticed that I had been tagged on so many posts. It was the next morning I even posted the picture of the house on my platform. I live a very private life.

“I went through many things in the early stage of my career; I uploaded the picture to thank God and not to impress anybody. Everybody knows that acting cannot give me that kind of money to build a house; God is the source of my income”.

“I had to leave the industry for about eight years because it wasn’t fetching me money, I was just focused on my business, the love for movies brought me back on set in 2018. I rarely act these days; I do more of movie productions now. In the early stage of my career, I faced some challenges, as I wasn’t free with some of my senior colleagues at the time.

“My most challenging role was when I had to play triple roles at the same time. I am always on my own; I don’t have friends or enemies in the industry. I would advise anyone that wants to go into the movie industry to stay focused and most importantly, have another source of income apart from acting. The industry is not easy for up-and-coming actors. As an up-and-coming actor, it doesn’t really bring money. There are some movie productions that are not viable”.

Uche Ogbodo Advices Ladies Battling Heartbreak “Trust Your Instincts & Listen To Your Inner Voice”
Nollywood Elder Harry B Anyanwu: I Joined Nollywood In 2012, I’m Not A Veteran Like Many Assume