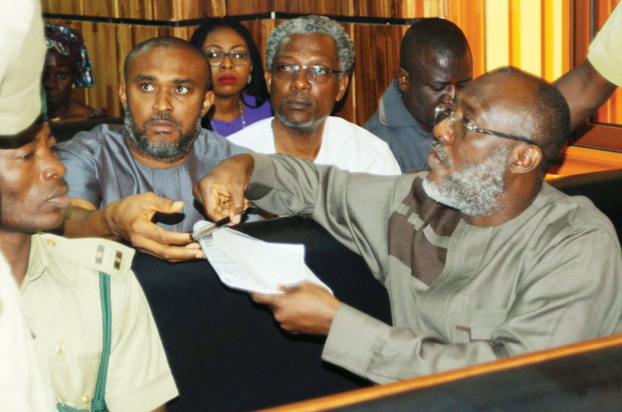 Ex-PDP spokesperson Olisa Metuh has been dragged to court again for allegedly destroying the statement he made at the EFCC office.

A judge in Abuja yesterday granted him bail in the sum of N300 million.

Metuh is expected to provide 2 sureties in like sum.

One of the charges filed against him by the EFCC yesterday reads:

“Olisa Metuh on the 5th day of January 2016 in Abuja within the jurisdiction of the High Court of the Federal Capital Territory destroyed a document, to wit: a statement made under caution to investigators/operatives of the Economic and Financial Crimes Commission on the 5th of January 2016, with the intention of preventing the same from being produced or used as evidence in a court of law.”