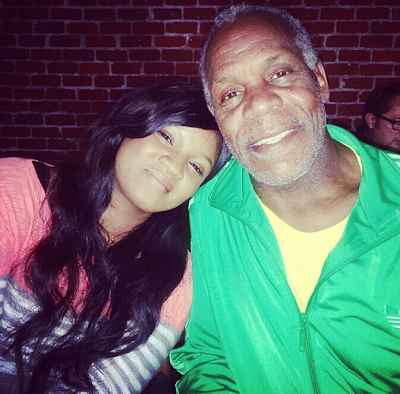 Nollywood actress Omotola Jalade is definitely enjoying her stay in the United of States of America.

Shortly after she was picked among Time Magazine’s 100 most influential people in the world, Omotola travelled to America for time100 gala, an event organized by Time Magazine.

Since her arrival in the US, Omotola has been spotted with several American stars like Michelle Williams of Destiny’s child and the owner of Huffington post.

Few hours ago, Omotola said she ran into Mel B, a member of the Spice Girls musical group in her hotel.

Hear Omotola in her own words below

“Lol… See who I ran into in my hotel. The beautiful Mel B. We have a common friend designer, Bunmi Koko. Lol…She is so funny and that accent! She joked much about my #butt. She is now a judge on Americas got talent.

See another picture below 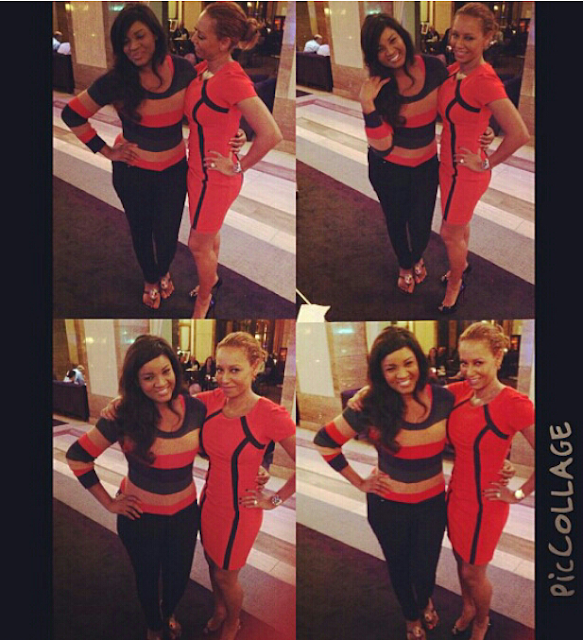