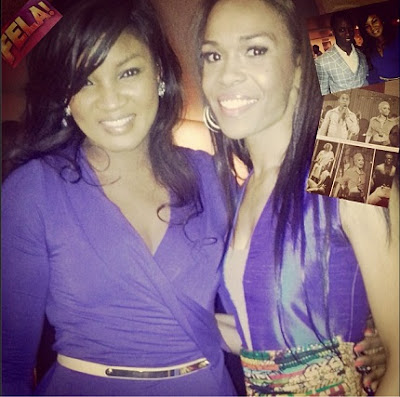 The above picture was taken at the grand opening ceremony of FELA theatre at the Ahmason Theatre on the 26th of April.

The beautiful mother of four used the chance to strike a pose with Michelle Williams who was one of the invited singers.