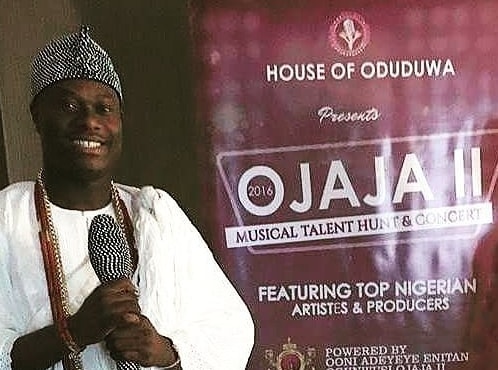 The organizers of Oni Of Ife Ojaja II Talent Hunt show have announced the auditions dates for this year’s event.

In a statement released yesterday, the audition dates and locations are as follows;

For Ilorin and Akure residents, auditions will hold from April 16 to 17 at Princess Luxury Hotel in Ilorin.

For Ekiti and Ondo states, audition will hold from April 19 to 21

For Osogbo and Ile Ife residents  auditions will hold at Plan B Lounge opposite Ife Grand Resort, Ile Ife on April 23 to 25.

The Talent Hunt program will open with a carnival on April 30 and run till May 5.

The grand finale will hold at Ife Grand Resort And Leisure on May 6, 2018.