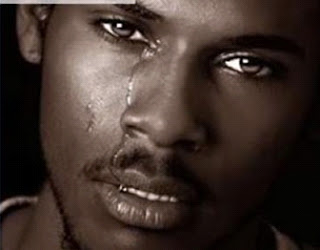 Mr. President, another tragic day has occurred in Ebira Opete Land when Macbeth and Lady Macbeth murdered sleep. On February 7, 2013 a young woman 25 years old from Okene was asked to sleep no more. The young vibrant woman bagged her Bachelor and Master’s degree from Bayero University and she was asked to sleep no more by the enemy of Ebiraland.  Why the senseless killings continue to persist in Nigeria. The innocent soul was just home that very dark day at her Aunt’s place not knowing what has headed her way. Her Aunt is a popular singer in Ebira Opete Land, who has used lyric to entertain every one who cares to listen to her songs. This person is well known in Ebira Opete land, She is known as Juwa Omadivi who resides in Agassa GRA.

I am extremely disappointed that those who supposed to defend and protects the interest of Nigeria, they are the ones the politicians are now using to systematically eliminates those who they think pose danger to their political career. When has ordinary citizens who has nothing to do with politics are now being killed, but did not even make it to headline news for their senseless killings.  Ebira Opete land has suffered so many tragedies that were inflicted directly or indirectly by politicians.

Ms. Grace Agbata was home that dark day, February 7, 2013 when four men approached her Aunt’s house and opened fire at her through the window of her Aunt’s home. One of the hefty men identified by the people was whisked to Lokoja not for questioning but for protection because he was identified. The killers of Grace Agbata were dressed in soldiers’ uniform. Now the norm in Ebiraland is that politicians are now using soldiers to kill in discriminately to advance their political agenda. When has Nigerian Country turned into a States of Anarchy? This kind of senseless killing must be addressed and the perpetrators must be brought to justice. Mr. President justice denied to one, is justice denied to all of us.  President Jonathan Goodluck see the picture of the young woman that was killed in this senseless acts, she could have been one of your daughter. Imagine, if she were your daughter that they killed in this way, would you not seek for justice? Yes, I am sure you will to the highest level and that would be right in a democratic system. You would have dispatched all the soldiers and para-troopers to search for the killers so that justice would be served.

In the case of this young vibrant woman taken from the surface of  this earth by some ruthless politicians and soldiers who are being paid to embark on these heinous crimes, the stain of Grace Agbata’s blood would ever pursue them to their graveyards.  The Lieutenant Connell Femi that investigated the matter on most of the senseless killings in Okene is one way sided. His conclusions in most of his investigations, he indicated that the soldiers who performed this acts were considered in his reports as fake soldiers. If they are fake Soldiers, what happened to the one identified that was whisked to Lokoja, what punishment did those ones received? Were they sent to prison? Was any justice or any court proceeding ever initiated on those identified? The answers of course are NO.

Mr. President, the blood of Grace Agbata would ever continued to be in your hands if you do not use your office, to ensure justice is served. A criminal investigation must commence of Lieutenant Connell Femi who was posted from Lokoja to investigate all the senseless killings in Ebiraland. His conducts in performing his duties according to the code of Military Officer is questionable. I therefore asked for his arrest so that serious investigation about the death of Grace Agbata can commence.

Grace Agbata is your daughter since you are our President, the love you have for your children, that love must be extended to Grace if not, you would also be as guilty as those who committed this atrocity. Mr. President, I am sure after reading this open letter to you, you would commence a serious investigation on this innocent killing of young graduate with a Master’s degree from Bayero University.

I urge you to play the role of a father for all Nigerians to ensure all those who are involved in this senseless killing are brought to justice. I must ask your indulgence that you took an oath to protect and defend the constitution of Nigeria. If any part of the law of the Nation are violated then you must act swiftly without hesitation.

Mr. President, similar case happened to Mr. Ben Ochu in Ebira Opete land on November 22, 2012. When a group of young soldiers stormed his house he was not home then they met his son. They claimed they were looking for a political opponent whom they believed was hiding at his home, when they could not get who they wanted, his son who was in two hundred level at the University was beaten baselessly.  His properties were destroyed.

What kind of a Nation are we leaving in? If the ordinary citizens do not have the security they need to be able to go on about their daily lives? What amazes me most was the idea that soldiers or police can take laws into their hands and beat any body up at anytime without questions. The fact that Politicians can use soldiers to attack their political opponents without any questions shocks me.  That kind of system is not democratic but totalitarianism and state of anarchy.

In my final analysis, the blood of Grace Agbata would not rest in peace until justice is served for those who took her life away without any justifications. It could be argued that the killing was not meant for her, might be the intended person was Juwa herself. What difference those it makes they took an innocent life. If they had killed Juwa as well they would still be wrong. Therefore, justice should be served. I urge your office to demand Federal investigations into this matter since Kogi State Government in many occasions are behind such senseless killings in Kogi State.

This is not to mean that I am pointing a finger at any particular leader. Soldiers are Federal employee they should not be used by States Government to carryout their heinous crimes.  Lieutenant Connell Femi must be investigated to the fullest for his handling of Okene issues. I must ones again thank you for the effort you are making in ensuring Ajaokuta is up and running for all the youths of Nigeria. I have written an open letter to you in this matter severally. God bless Kogi State to ensure peace will rain! God bless Nigeria at large!!