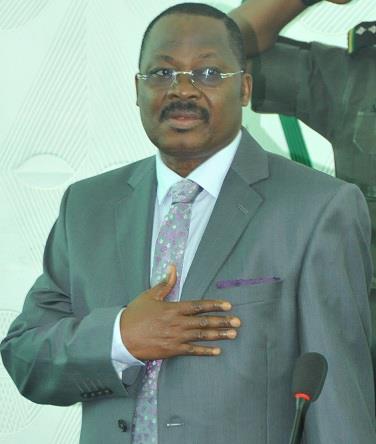 A Nigerian court in Ibadan, capital of Oyo state has fixed 21 March 2013 for hearing in the land case instituted by some traditional rulers against Governor Abiola Ajimobi and two of his aides.

The two others are: Attorney General and Commissioner for Lands, Housing and Survey.

Justice Gboye Gbolatunte of the Oyo State high court, Iyaganku, Ibadan fixed the hearing date today after hearing the lawyers to the rulers.

According to the suit number I/63/13 filed on behalf of the claimants by Adebayo Adenipekun SAN and O.A Abiose, Baale Asaani Lasokun , Chief Kazeem Akintayo and four others want Governor Ajimobi to release to them a N16b land covering 404.74 acres at Idi-Ishin Alalubosa area of Ibadan.

They are praying the court to declare them as the original owners of respective portions of lands measuring 404.74 acres and adjoining the land occupied by Nigerian Institute of Horticultural and Research Training, NIHORT and Forestry Research Institute of Nigeria, FRIN.

According to the families, “the land had been released to the families by the Federal Ministry of Lands, Housing and Urban Development through the 1st defendant, Governor Ajimobi via a letter dated 18th of July 2012 with reference number LH/LA/62/Vol.1/102″.

In their writ of summons, the claimants want the court to declare that “by virtue of the de-acquisition of the land by the Federal Ministry of Lands through the governor in the letter, the land automatically reverts to the claimants’ families”.
The land, having been released to them, they want the court to declare that “the failure of Ajimobi, his Attorney General and Commissioner for Lands, Housing and Survey to release the land is illegal and unlawful”.

They are praying the court to grant them an order of perpetual injunction restraining the defendants, their agents and or privies from taking any steps or doing anything on the piece or parcel of land measuring approximately 404.74 acres.
However, counsel to the governor and other defendants, Najeem Abiola pleaded that the court should adjourn the case for his clients to file necessary papers.