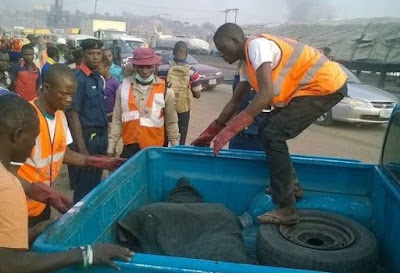 A fatal accident which occurred at Asejire end of Osun on Friday killed five persons while others sustained severe injuries.

Among the dead was a journalist, Nathaniel Abimbola, working with the Osun State Broadcasting Corporation (OSBC) in Osogbo. His friends said he was aged 48. He marked his birthday on 26 of February this year. 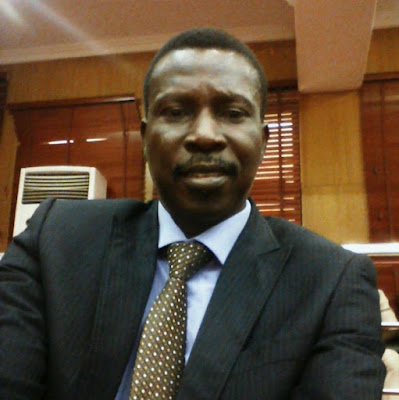 Abimbola, a graduate of University of Ibadan was attached to the State Assembly and had been on the beat for 10 years.

Four others who died, alongside Abimbola, were all members of Celestial Church of Christ (CCC) Ayetoro Osogbo.

It was gathered that the entire occupants of the ill fated 18seater bus were heading to Imeko headquarters of the church for a retreat.

The driver of the bus was said to have lost the brake of the vehicle before ramming into a stationary Nigerian Bottling Company Coca-Cola truck.

Those that sustained injuries in the accident are being treated at state hospital Ibadan and Ikire.

Aregbesola in a condolence message signed by the Director Bureau of Communication and Strategy, Mr. Semiu Okanlawon in Osogbo on Saturday, said the death of Abimbola has robbed the state-owned media organization of one of its most dependable hands.

“This is sudden and tragic. Abimbola has shown himself as a reliable hand in the business of dissemination of information.

“His life was short but was eventful. He has demonstrated capacity for professional excellence but he has come to the end of his journey

“We console ourselves with the reality that death is a necessary end that must come when it is our time.”

The governor urged the entire OSBC family to take the loss with equanimity.

Abimbola is survived by an aged mother, wife, and 3 children.