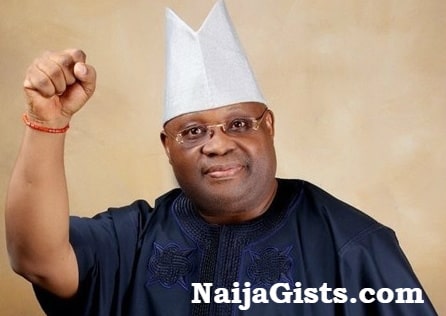 Can any right thinking Nigerian confidently stand up today in, let’s say, some international forum and beat his chest and then say all is well with this nation as of today, that the last elections were free and credible?

As we speak, bandists and terrorist now kill people for fun in Binigwari, Zamfara, Sokoto, Southern Kaduna States and in fact the entire north eastern region of Nigeria on a daily basis…and governments, especially in Kaduna State, that should protect the people, now politicise the killings….

What is going on with us as a people, over 100 people killed in Zamfara State alone in the last one week and no one is talking? Anka Local Government Area is a place where people are killed daily, like ants and this is not an exaggeration, and yet no protests, no words, from leaders, from preachers, from human rights groups? Let one atheist draw cartoons of Mohammad in some far away country or write a two line post, you’ll see million of people, including leaders, pour into the streets of Kano in protest… Is this how cheap out lives have become in Nigeria? Are we now so Satanic that the death of innocent people mean nothing to us anymore?

Just today, the Osun Election tribunal declared PDP’s Adeleke the rightful winner of the September 2018 Osun election, but who didn’t know this truth from day one except INEC, APC, Buhari and most of his half brained supporters?.

With this tribunal declaration, it is now clear and well proven beyond any shred of doubt that it is not even APC’s Oyetola that was put on trial but INEC itself, and INEC have been found guilty. Even a child with half a brain know that INEC was indeed very partisan in this last elections.

The Nigerian police says it has 796 electoral offenders in it custody, but how can they prove to us that most of these people are not small time offenders or outright innocents? We saw how solders protected ballot box snatchers, we saw how highly placed police officerd were beaten up, we saw how bullion vans moved money into the home of an APC chieftain, we saw how a so called Redeemed pastor went about buying votes in the name of helping poor traders, we saw what went down in Lagos during the elections, where are all these people on the police list?

Tomorrow we would be having electing re-run in some States in the federation, but how many Nigerians are aware that as we speak, the Commissioner of Police in Sokoto State has been replaced? Can you imagine that less than 48 hours to an election a police CP would be replaced, and Buharists want us to believe there is any shred of integrity in their god Buhari? How many Nigerians know that all these so called inconclusive elections in 21 century Nigeria are actually part of the APC plans to Rig? How many know that TV here is a script that INEC, the police, army and APC are actually acting on?

The judiciary must remain independent and prove to Nigerians that truth and their voices rank higher than the bidding of politicians.

While congratulating Governor-Elect Ademola Adeleke, I hope this Osun election tribunal decision stands, and more importantly, going by the degree of rigging in the presidential election which we all saw, I hope the presidential tribuanal goes the way of Osun, because, enough is enough…

Nigerians, Before You Vote This Saturday, Remember!
Christchurch Shooting And The ‘Islamists’ Connection Part 1