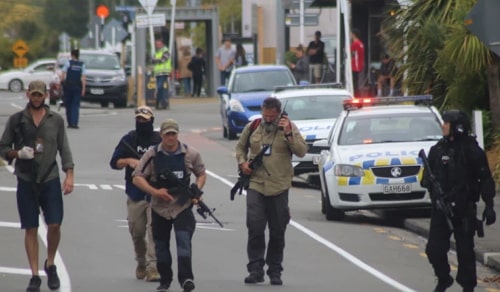 Our world is inundated with such a huge traffic of evil.  Our leaders, the media and even religious people now subscribe to hypocrisy, double standard and political correctness, so much so that maintaining some level of sanity is now a herculean task.

And this task requires a lot of discipline, focus and a conscious effort not to lose mind when one observe events around us today.

On March 15, 2019, a regrettable incident that many have described as “an extreme act of evil” took place in the city of Christchurch, New Zealand.

An embittered man went on rampage and began shooting worshippers at one of two mosques at around 1:40 pm. He even live-streamed the first 17 minutes of the attack, and then shot one of the first worshipers who greeted him with the friendly words; “Hello, brother”.

After minutes of indiscriminate shooting, he also fired at people outside the mosque, many of whom were already wounded and unable to escape. He exited the mosque, shot other civilians in the area and drove away at high speed, heading in the direction of another Islamic Centre where a second series of shootings, in which he killed seven more people, began.

In the end, 50 people were reportedly killed and many more injured in an episode that has been adjured the worst terror attack in the history of New Zealand.

In a swift reaction, the gunman was arrested 21 minutes after the first emergency call. New Zealand Prime Minister Ardern and the country’s police later announced that the man had been planning to continue the attack at a third location before his arrest.

A lot of people around the world were horrified, rightly so, by this news. But I believe this horror sprang not necessarily from belief that it was the first time this sort of crime would be perpetuated against a minority, no. As a matter of fact, everyday, we hear reports of worse and atrocious crimes being perpetrated against minorities, especially Christians and others like Jews, homosexuals, even moderate Muslims etc in Islamic lands. So the shock some of us felt therefore could have emanated from the fact that, many didn’t think of New Zealand as a place that made the news for the wrong reasons as it were and so, many of us have been led to believe such a descent into madness was not possible there.

The manner, in which the country responded however, dispelled whatever misgivings some of us began to entertain and quickly exemplified, in the most beautiful way, the humanity of the people of New Zealand and thus should serve as an example for the rest of us.

The shooter Brenton H. Tarrant was 28, Australian, a member of a South Otago Gun Club where he learnt to shoot, and he grew up in  South Wales. Around 2012, he visited many countries in Asia and Europe. 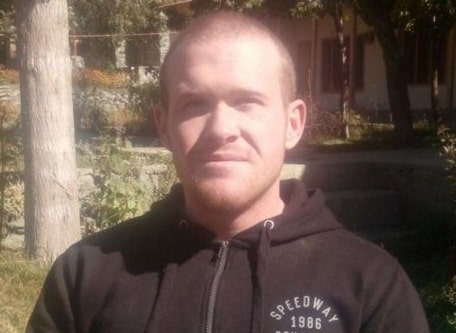 Now here is the point, according to investigations since after the shooting, it has been discovered that “Brenton became obsessed with terrorist attacks being committed by Islamic extremists and then began planning his own attacks about two years ago”.

In as much as I totally condemn his act of violence, when I read this piece of information about him, my heart bled because I realise that, where ever acts of terror were committed, either my Muslims or non-Muslims alike, a deeper investigation always revealed some type of connection between at least 80 percent of such crimes to the Islamic religious ideology.

Now, imagine that when Brenton began developing his supremacist ideas and hate and then decided to take a tour of Europe and Asia, imagine that what he saw was genuine, pure undiluted love rather than “terror attacks from extremist Muslims?” Would he return such love with the kind of evil he perpetrated today?

Despite this fact from investigation, some Islamists like the fellow, Professor Ishaq of Muslim Rights Concern, MURIC in Nigeria, who have been itching to satiate their long held desire to place Christianity and Islam on the same pedestal when it came to matters of terror, have described the incident as “a Christian terrorist attacks on Muslims”.  To people like them, extremism expert and author J M Berger has asked the question; “how do you cover this and make sure that the context of the action is clear without simply redistributing a piece of propaganda?”

This is a timely question because it is a fact now that what happened at Christchurch was the act of a white supremacist, anti-Muslim, anti-immigrant who resented the actions of Islamic extremists around the world. Anyone one who would have us believe otherwise is simply trying to leave traps not just for the media, but a potentially dangerous situation for the society at large.

Luckily, countless number of good spirited people around the world, among them Prime Minister Jacinda Ardern, understood this and therefore took actions after the attacks, for which she has been generally applauded. Her poise, steely resolve, and most importantly her language of inclusiveness, maintained a philosophy that sought no political advantage or anything that could divide her people.

The entire world reacted in like manner, from little to great actions, and across cultures, we saw similar show of solidarity.  Pakistanis protested to condemn the shooting, in Karachi, and in Australia, worshippers prayed for victims and families of the shootings during an evening vigil in Lakemba Mosque, Turkish people held placards that read ‘stop global terror’ and shouted slogans during demonstrations, Bangladeshi activists shouted slogans during protest in front of Baitul Mukkaram National Mosque and even in London, we saw a flag flown at half mast in Westminster as other demonstrators hung banners from multi-faith groups admonishing people to ‘Turn to Love’ and so on.

We even saw images of how Muslims prayed in front of mosques across New Zealand while being protected by locals as their Prime Minister declared words which gave assurances and were also echoed by thousands of New Zealanders from all walks of life in the weeks that followed the atrocity.

Non-Muslim women, from police officers to TV news presenters to everyday citizens, following Arden’s lead, wore headscarves, the Muslim call to prayer or adhan, was also broadcasted on national radio and television across New Zealand at the beginning of the memorial service, followed by a two-minute moment of silence. Around New Zealand, New Zealanders came out to perform the traditional Maori ceremonial dance known as the “haka” to honour the victims and so on.

All of these gestures of solidarity have been a balm to the hearts of the country’s tiny Muslim community, which makes up roughly 1 percent of New Zealand’s population.

But the question is; are leaders paying full attention to the 74-page manifesto that Brenton is believed to have posted online shortly before carrying out the attacks which he titled “The Great Replacement.”?

That manifesto was a clear reference to the writings of a controversial French philosopher Renaud Camus in which Camus argued that “European civilization and identity are at risk of being subsumed by mass migration, especially from Muslim countries. This crisis of mass immigration … is an assault …that, if not combated, will ultimately result in the complete racial and cultural replacement of the European people…immigration…will disenfranchise us, subvert our nations, destroy our communities, destroy our ethnic binds, destroy our cultures, and destroy our peoples.”

Casmus’ ideas are a cornerstone of white supremacists ideology around the world, and were the theme that ran through Brenton’s entire manifesto, something that provides the best insight into some of his motives, which clearly had nothing to do with Christianity or remotely close to its founder Jesus Christ.

From investigation, it is explicitly clear that Brenton’s reason for carrying out the attack against New Zealand’s Muslim community, many of whom are immigrants, was to “most of all show the invaders that our lands will never be their lands, our homelands are our own and that, as long as a white man still lives, they will NEVER conquer our lands and they will never replace our people.”

Therefore, I will like to believe that the myth of an impending “cultural replacement” which evidently was strong enough to compel Brenton to commit mass murder was not enough reason and the world must take a deeper look at the real reasons for his action, some of which investigations have revealed, and not be politically correct about it.

Although New Zealanders, with their expressions of unity, would seem to have delivered a powerful blow to the myth put forward in Brenton’s manifesto, it would be naive for the world not to take a deeper look at the issues he raised in it and address them accordingly because, as we speak, no one can tell for sure if there are not a million more potential shooters out there with similar ideology and intention. Where, when, who and how will they strike?

Now, this question brings me to the crux of this article…

TO BE CONCLUDED NEXT WEEK…

About the author:  Afeso Akanbi is a writer, filmmaker and humanitarian. He lives in Abuja, Nigeria.