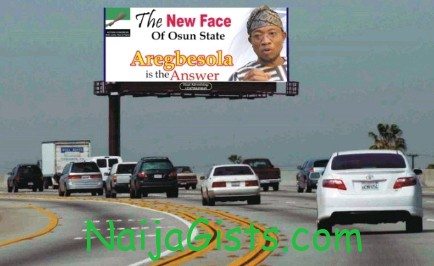 THERE was apprehension in Osogbo, the Osun State capital, at the weekend, as suspected ritualists allegedly murdered and dumped corpses of two children around Sabo and Kelebe area of the town.

Credible sources informed that vital parts of the corpses, including the limbs, had been severed by the ritualists, raising suspicion that they may have been murdered for ritual purposes.

The development is coming against the backdrop of increase in the activities of criminals, including ritualists, who had been terrorising neighbouring communities and towns such as Odeomu and Ipetumodu, in Ife North Local Government Area of the state.

According to a source, “a boy of about five years old, whose parents had been looking for since a day ago, was mysteriously found dead around Sabo area, near a stream in the early hours of Friday and his corpse was already smelling, while his right hand had been cut off,” adding that the decomposed body of the boy had been taken to Ladoke Akintola University of Technology (LAUTECH) for autopsy.

Furthermore, unconfirmed report indicated that another corpse of a boy, simply identified as Sadiq, aged 11, said to be hawking soya milk, was also found around Iludun area, also in Osogbo, while his parents had been searching for him three days before his corpse was sighted around 8.00 a.m, on Saturday.

Nigerian Tribune learnt that the genitals of Sadiq and other vital organs had been allegedly removed by the suspected assailants.

Worried by the incident, women, numbering over 200, on Saturday, marched in protest to the palace of Ataoja of Osogbo, Oba Jimoh Olanipekun Oyetunji, to register their displeasure over what they termed “ignoble activities of ritualists in the state.”

Confirming the development in a telephone chat, the state Police Public Relations Officer (PPRO), Miss Folasade Odoro, said “we only discovered the corpse of a boy around Sabo area. The DPO of the station in Kelebe is also here. We are holding a meeting over the incident with the commissioner of police.” (Tribune Report)