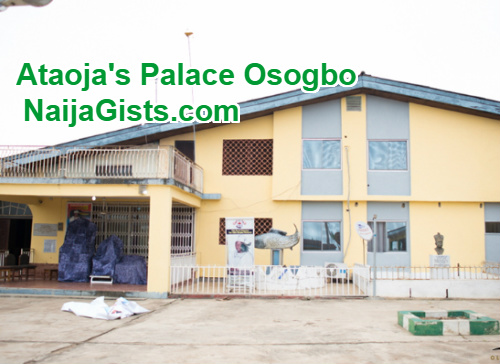 A 45-year-old woman, Funke Lawal, was on Tuesday brought before an Osogbo Magistrates’ Court in Osun for allegedly assaulting a University Professor.

The Prosecutor, Insp. Adegoke Taiwo told the court that the accused committed the offence on Feb. 19, at about 4.00 p.m. around the Ataoja’s Palace, Osogbo.

He said the accused assaulted one Prof. Joseph Fawole, by holding firmly to his neck in an attempt to kill him and also inflicting injuries on him.
The prosecutor said it took the relentless efforts of passers-by to calm the situation, before the arrival of the Police at the scene.

He said that the situation almost led to a breach of public peace as the accused conducted herself in a manner to cause mayhem, where the incident took place.
Taiwo said the offence committed contravened Sections 355 and 249(d) of the Criminal Code, Cap 34, Vol. 11, Laws of Osun, 2003.

The accused pleaded not guilty to the three-count charge which was preferred against her.
Counsel to the accused, Mr Olufunmilayo Adejuwon, prayed the court to grant his client bail in the most liberal terms.
The Magistrate, Mr Olusola Aluko, granted the accused person bail in the sum of N50,000 and two sureties in like sum.

Aluko said the sureties must reside within the court’s jurisdiction, with evidence of tax payment and two passport-sized photographs attached to an affidavit of means.
The case was adjourned to Oct. 7, for hearing.