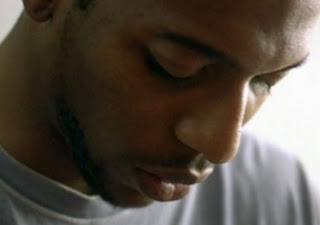 On Monday February 5 2018, two journalists from two different newspapers met with three members of the LGBTQ community in Ogba, Ikeja area of Lagos. The objective of the discussion is to dissect how their families reacted to them when their sexuality was out. Their stories––three narratives depicting three shades of responses from three families––give inside views on the real-life relationship between gay people and their families.

The anecdote of the middle-class family is John’s true-life story. The sum of the story portrays a family overwhelmed by the truth of their son’s sexuality.

Fair-skinned, slim and bespectacled, the soft-spoken youth lives with his family at Ogba, the Lagos suburb where he was raised, though he hails from Mbaise, Imo State.

At 17, John was certain of his sexuality, but he remained in the closet until his 21st birthday when his immediate younger sister guessed correctly and blew the whistle.

While he is not exactly advertising his sexual orientation, John avows he wasn’t exactly hiding. “When I was 18, I had told my mummy I am not going to get married,” he says, “but she didn’t take it seriously.”

“I try to live my life as open as I can, especially, with my younger ones. They are my friends on Facebook so they get to see my posts. My sister first told my mum who woke me up in the night and asked me about it and I denied it.”

According to him, his sister relentlessly continued to dig for evidence, “until the day she stumbled on my texts to my best friend and the messages were explicit enough for her to conclude that I must be gay.”

Attributing his sister’s motivation to sibling rivalry, he recalls: “Last year, on my 21st birthday, I took her and my best friend out for a party. Back at home in the evening, we had a family meeting. My parents were admonishing her over a decision she was about to take and she just flared up: “Why is everyone against me as if I am the black sheep of the family, meanwhile John is gay and no one is saying anything about it?”

The family’s moment of truth as recaptured by John: “My parents were shocked and confused. For the first five minutes, everyone was silent. Then, my two other younger sisters burst into laughter. Mum spoke first and said, “Okay, I have been hearing this issue for a while.” My dad too said, “I have heard enough of this gay rumour.” Staring directly at me, he asked: “Are you gay?”

John, who avows he had already told his friends of his intention to come out to his family someday––“because I do not want them to find out in future and thought that I had deceived them all along”––decided to use the opportunity fortuitously engineered by his sister.

He was surprised neither his father nor his mother reacted angrily. Not even a scold. Oddly enough, they felt they needed to pray about it and from that moment onward, he detected in them a degree of behavioural change. “My father and I never had the father-child bonding, but suddenly, he became caring.”

Abruptly, his parents became interested in his sex life.

“They asked whether I had been having gay sex which I denied because it was too much for me––I mean, these are people who never had any sex education talk with any of their children suddenly wanting to discuss my sex and sexuality. It was very embarrassing for me.”

While his father treads gently, his mother came at him aggressively with blunt probes.

“One day, mum and I were talking over the phone about something entirely, and abruptly she said, ‘Wait first, how do you take care of your sexual urges? Do you have a girlfriend?’ I just said, no mom, not today, and I cut the phone. From time to time when she is confused by the news she hears about gay, she would come to me with various questions to verify what she has heard.”

One instance remains unforgettable for him. “When she heard about a church member who separated from his wife after she found out he was gay, my mum asked me: “Is it true that these gay people swear an oath with their partners which makes it difficult for them to stay married to the opposite sex?”

Perhaps at their wit’s end, his parents told his maternal uncle. In an ironic twist, the parents were the ones who came under fire. “His [uncle’s] wife blamed my mum for not taking us to church, for not being a very good mother, and my dad, for deviating from the Catholic Church.”

Family members continue to silently rebuke him on social media. “The last time I posted online in favour of a gay couple, one of my cousins, went into my inbox and sermonized me about what the bible says. Recently, I posted about a Mormon couple that divorced because the man was gay and instantly my post attracted a huge backlash, from my kid sister, my cousins and my mentor who had not commented on my posts in a long time.”

As for his whistleblower sister, he says: “I’d tried to engage her in a debate on my sexuality at one point and she slammed back at me that the bible doesn’t support it. But we are still close.”

Comedian AY: Why It Took Me 9 Years To Get My Degree
Dear Men, What Quality Of Husband Material Are You