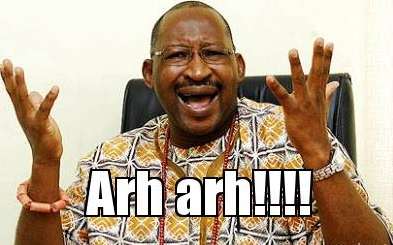 A customary court in Agodi Ibadan on Wednesday dissolved the 15-year-old marriage between Mrs. Nike Adenekan, a prophetess and her pastor husband, Mr. Adekunle Adenekan, over attempt to rape church member.

Nike filed a divorce suit before the court, seeking dissolution of her 15-year-old marriage to Adekunle, on the grounds of telling lies, immoral acts and threat to life.

In his judgement, President of the court, Chief Mukaila Balogun, dissolved the marriage and gave custody of the only child of the union to the petitioner.

Balogun restrained the defendant from further attending the petitioner’s church. He also ordered him to pay N3,500 as monthly allowance for the maintenance of the child.

The petitioner said her husband tried to rape an 18-year-old church member who lived with her.
According to her, on three occasions the defendant tried to rape the teenage girl.

“My lord, there was a night my husband left me in the bed and climbed on the girl who was sleeping on the floor.

“When I caught him, my husband said he wanted to kill mosquito on the girl’s body and pleaded with me to forgive him.

“The girl also told me that my husband, on two occasions, attempted to rape her at night when I went to church for special prayers.

“Also, a particular woman in my church told me that Daddy (Adekunle) wanted her to be his concubine and threatened to stop coming to my church if Daddy continued to disturb her.

“He is in the habit of lying; I never trusted him and cannot fold my hands and watch him to destroy my church.”

Nike pleaded with the court to grant her request for a divorce, saying she had made up her mind to end the union and that no one could convince her to change her mind.

Responding, Adekunle pleaded with the court not to grant Nike’s request, saying she had suffered with him and still wanted her as his wife.

Adekunle, who was silent on the allegation of attempted rape, prayed the court to assist him intervene in the matter.

Man Divorces Wife In Akure For Refusing To Exhibit Different Sexual Styles, Says She Is Stubborn
Opinion: What To Do If You Suspect Your Husband Is Cheating Or Having An Affair