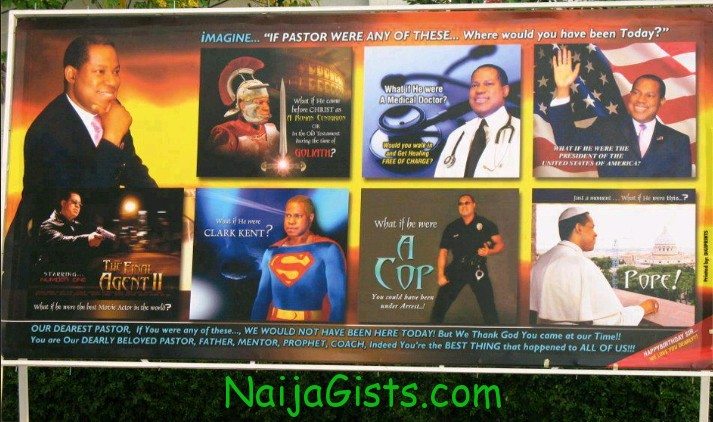 Pastor Chris Oyakhilome of Christ Embassy has surprised many of his viewers worldwide with a new billboard poster displaying popular movie characters in an apparent praise of himself. naijagists.com

In the bill board poster, Chris Oyhakhilome poses as spider man, a movie actor, a pope, United States president and so on.

Another source claims Pastor Chris has been idolized by most of his followers.