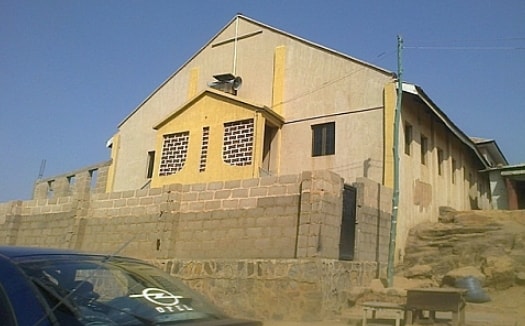 A Pastor identified as Pastor Kenneth Onyeali, has been detained by the Imo State Police Command for allegedly defiling a 10-year-old girl and her 16-year-old sick elder sister while supposedly conducting ‘deliverance’ for the sick girl.

The sick girl, Loveth Emeoha, 16, who hails from the nearby Umudagwa village, Apani community in Ikwerre local government area of Rivers State, The Nation gathered, was said to have developed a health complication on her legs that suddenly crippled her, forcing her to drop out of school.

It was further learned that when she was taken to the church by her mother, Pastor Kenneth, who is the general overseer of Christ New Covenant Church located in Umuagwo in Ohaji Egbema local government area of Imo State, was said to have told the mother of the victims, Mrs. Ijeoma Emeoha, to leave her sick daughter behind for some days to deliver her from her ill health.

It was equally learned that after some days, the pastor also demanded that Loveth’s 10 year-old younger sister be brought to the church to look after her.

According to the victims’ mother:

“The pastor I entrusted my sick daughter into his care and he was repeatedly defiling my sick child for days and when he got tired of her, he demanded that the younger one be brought to him and he continued from where he stopped.

“When my daughter complained after some days of constant sexual intercourse, Pastor Kenneth told her that that was the only way she could be healed of her sickness”.

On how she discovered that her daughters were defiled, Mrs. Emeoha said:

“When my 10 year-old daughter returned from the church, I decided to bath her myself.

“But, I saw her bleeding from her private part and the couldn’t allow me to touch her there. When I queried her, she told me it was Pastor Kenneth that used his fingers inside her vagina. She said the pastor told her that if she wanted her elder sister to get better, she must allow him to remove some evil spirit in her vagina”.

She said it was then that she rushed back to the church to take her sick elder daughter from the church only to discover that the pastor had been sexually assaulting the girl since she was brought to the church.

“When I confronted the pastor, he immediately refunded N30,000 I was charged for the prayers, begging that I forgive him. But I reported to my husband’s brothers who reported the matter to the police,” she said.

Mrs. Emeoha pleaded with the relevant authorities to help her find justice for her innocent daughters who were violated by a man she trusted to be a man of God..

A family source disclosed that Pastor Kenneth’s wife had allegedly offered the Emeoha family N200, 000 to keep sealed lips, an offer they rejected, but expressed fears that the pastor might use the money to subvert justice.

The State Police Spokesman, Orlando Ikeoku, confirmed the incident to our correspondent on Monday, saying it was a case of defilement with the consent to the victims.