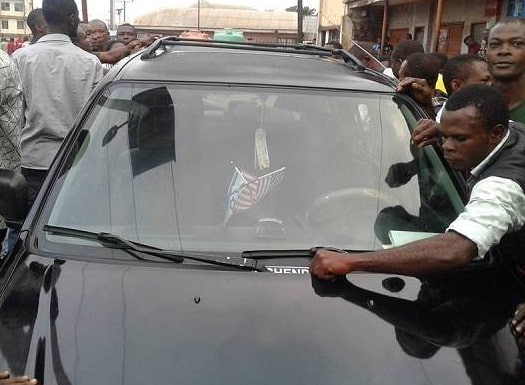 A fake Pastor on Monday appeared at an Ikeja Magistrates’ Court, Lagos charged with the theft of a car valued at N1.2 million.

Prosecutor Clifford Ogu alleged that the accused committed the offence on October 1 at Oko-Oba, Lagos.

He alleged that the 46-year-old accused ran away with a car belonging to Mr. Chikwukadibia Udeh.

“The complainant approached the accused for prayers. The accused claimed God told him that he should bring his car and the document for prayers.

“The complainant obeyed and after the accused collected the car and its document, he was no where to be found.

“Efforts made by the complainant to recover his car proved unsuccessful and the case was reported to the police,” the prosecutor said.

He said when the accused was later arrested, he claimed to have sold the vehicle.

The offence contravenes Section 287 of the Criminal Law of Lagos State, 2015.

The accused, who lives in Surulere, Lagos, entered a `not-guilty’ plea to the charge levelled against him.

Magistrate J.A. Adegun granted bail to the accused in the sum of N200,000 with two sureties as part of the bail condition.