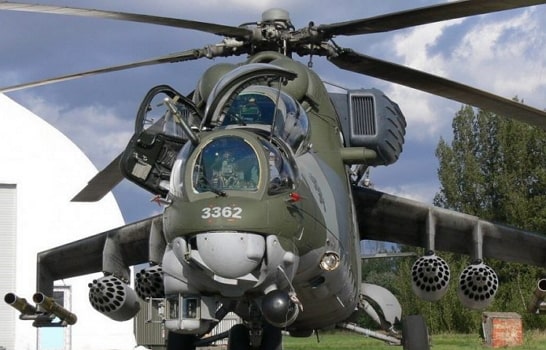 The Air Force today said scores of Boko Haram Terrorists have been killed at their hideout in Bogum, Borno state.

Spokesman for the Air Force, Air Commodore Ibikunle Daramola said in a statement that the attacks on the terrorists were carried out with two Mi-35 Helicopter gunships.

“The attack was carried out Monday, 14 October 2018, after intelligence reports indicated significant BHT activities within the settlement.

“The ATF scrambled two Mi-35 Helicopter Gunships to engage and destroy the identified BHT positions in the village.

“Overhead the target, the concentration areas of the BHTs were attacked in successive waves by the helicopters with direct hits recorded on the targets, leading to the neutralization of several BHTs. The few surviving BHTs were tracked and mopped up in subsequent follow on attacks.

“The NAF, working in concert with surface forces, will sustain the tempo of operations with a view to destroying all remnants of the terrorists on the fringes of Lake Chad and other areas in Northern Borno”.