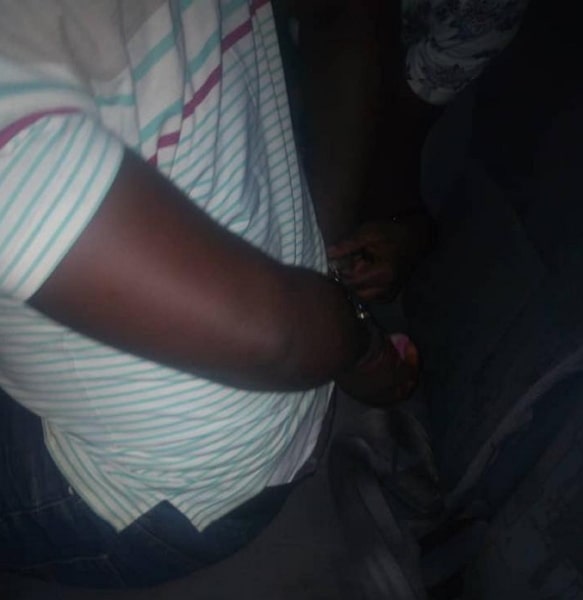 A Pentecostal church pastor, Fisayo Nehemiah, has been sentenced to five years’ imprisonment by an Igbosere Magistrates’ Court, Lagos, after he was convicted of fraud.

Nehemiah was sentenced by the Chief Magistrate R. Davies-led court on Friday.

Our correspondent learnt that the convict obtained iron rods valued at N1,400,385 from a company, Mukaz Nigeria Limited, under false pretences.

He was also said to have issued a Diamond Bank dud cheque to the General Manager of the company, Alhaji Babalola Wasiu, as means of payment for the goods.

Nehemiah was arraigned on four counts of inducing the company to deliver the iron rods, obtaining the item under false pretences, conversion of the iron rods to his property, and presentation of a Diamond Bank dud cheque to the company as means of payment.

The defendant had pleaded not guilty to the four counts preferred against him.

The prosecutor, Inspector Aminu Isaac, said trial commenced after efforts made by the court to ensure settlement failed.

Isaac thanked the court for the judgement, saying justice delayed is not justice denied.

The charge, IKD/E/3A/2014, read in part, “That you, Fisayo Nehemiah, sometime between July 5 and 8, 2013, around 9am or thereabout in Mukaz Nigeria Limited, situate at Mile 13, Ikorodu Road, opposite Owode Onirin, in the Ikorodu Magisterial District, did induce the delivery of iron rods property of Mukaz Nigeria Limited to you, with the understanding to pay the giver, but refused to remit the proceeds of the sales to the giver, thereby committing an offence contrary to and punishable under Section 312 (1) – (3) of the Criminal Law of Lagos State, 2011.

“That you, Fisayo Nehemiah, at the aforementioned date, time and place, in the aforesaid magisterial district, did by means of entry into sales invoice or ledger account of Mukaz Nigeria Limited, obtain iron rods valued at N1,400,385 by false pretences or fraud, and incurred a liability to such extent of the aforesaid sum, thereby committing an offence contrary to and punishable under Section 313 (1) a & b of the Criminal Law of Lagos State, 2011.”