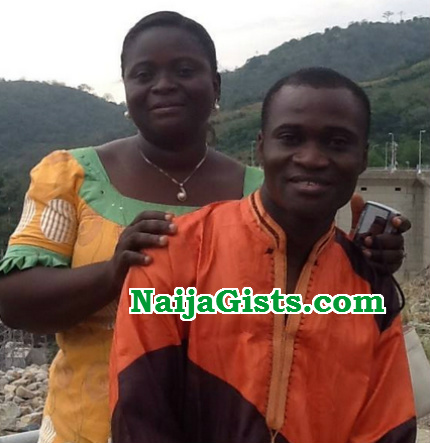 After several days of waiting on God, the wife of Pastor Seyi Adekunle has got reason to smile again.

Recall that a Winners Chapel Pastor was kidnapped last week Saturday in Calabar, Cross Rivers State, well the man has been freed from the den of his kidnappers.

He was blindfolded and taken to the outskirts of Calabar around midnight and was asked to find his way home from there.

A source said to make life easier for him, they charged his phone and even topped it with credit so as to call for help. He was picked up on the outskirts of Calabar around 12:49am.

3 of the suspects who had earlier demanded for 60 million before increasing it to 80 million have been arrested.

His beautiful wife, Mrs Adekunle took to FB few hours ago to give thanks to God.

She simply said “FATHER I THANK YOU” 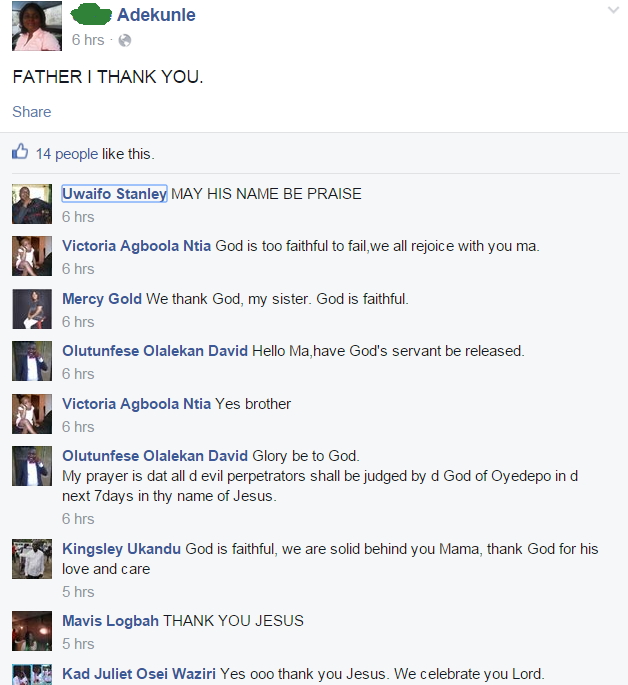 Thanks be to God.