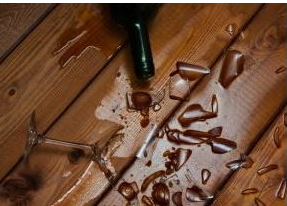 A woman identified as Esther Olawale today appeared in court for allegedly stabbing a Pastor with a broken bottle.

The 39-year-old accused reportedly committed the offence on the 6th of May 2018 at 11 Moremi Line 10 in Ile Ife Osun state.

The victim, Pastor Kayode Oluwawemimo sustained injuries to his left hand and the back during a disagreement that turned violent.

The accused was granted bail in the sum of N200,000 with two sureties in the like sum.

She is to return to court on the 18th of June for hearing.