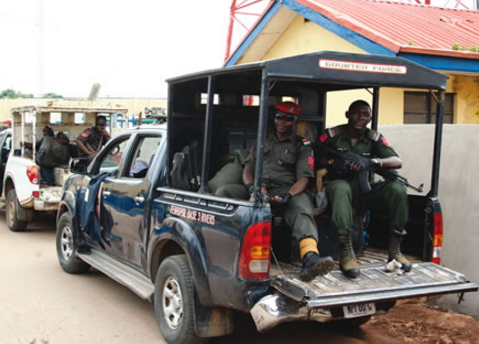 The founder of a popular church in New Benin city Edo state has been arrested and jailed for allegedly raping his 7-year-old daughter.

The suspect identified as 41-year-old Benjamin Bernard was remanded in prison custody today after his daughter accused him of defiling her and using white handkerchief to clean her private part.

According to Edo state Ministry of Justice counsel, Barrister Kenneth Ugiagbe, the suspect committed the immoral act on January 26, 2016 at his home.

Bernard allegedly warned his daughter not to mention his sinful act to anyone and even threatened to kill her.