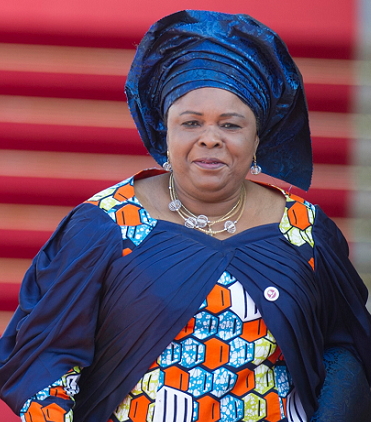 The companies, along with a former Special Adviser on Domestic Affairs to President Jonathan, Waripamo Dudafa, a lawyer Amajuoyi Briggs and a banker, Adedamola Bolodeoku, were arraigned at the Federal High Court in Lagos.

Dudafa, Briggs and Bolodeoku, however, pleaded not guilty to a 17-count charge before Justice Babs Kuewumi as the companies representatives pleaded guilty.

The Economic and Financial Crimes Commission (EFCC) said the accused persons conspired on November 13, 2013 in Lagos to launder $15,591,700.

It said the defendants “reasonably ought to have known that the funds form part of the proceeds of an unlawful act”.

The alleged offence is contrary to Section 18(a) of the Money Laundering (Prohibition) (Amendment) Act 2012 and punishable under Section 15 (3).

Mrs Jonathan had sued EFCC and Skye Bank over the freezing of her bank accounts, demanding N200million in damages.

She said the funds in the accounts of the companies, which pleaded guilty, were hers.

An aide, Sammie Somiari, who deposed to an affidavit on behalf of the former first lady claimed she helped Mrs Jonathan open the accounts.

He said Dudafa, on March 22, 2010 brought two Skye Bank officers, Bolodeoku and Dipo Oshodi, to meet Mrs Jonathan at home, following which she authorised the accounts’ opening and was the sole signatory.

He, however, added that after the five accounts were opened, Mrs Jonathan discovered that Dudafa opened only one of the accounts in her name; the other four were opened in the names of Dudafa’s companies.

According to Somiari, Mrs Jonathan had been operating the accounts after Oshodi promised to change the accounts’ names to hers.

“Even in May, June and July 2016, the applicant traveled overseas for medical treatment and was using the said credit cards abroad up until July 7, 2016 or thereabouts when the cards stopped functioning,” he said.

Mrs Jonathan is urging the court to compel the EFCC to immediately remove the “No Debit Order” placed on her accounts.