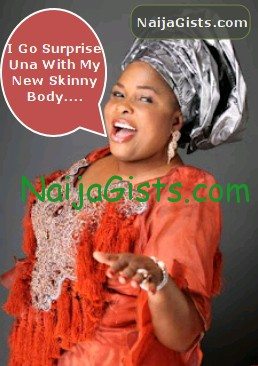 While the news of Patience Jonathan’s food poisoning is going viral, another twist has emerged to the story. naijagists.com

According to National mirror sources, Nigeria’s first lady might not be suffering from either food poisoning or ruptured appendicitis as widely claimed by her sources.

Tummy Tuck aka Abdominoplasty is a cosmetic surgery procedure for the removal of excess skin and fat from the lower abdominal portion of the belly in order to tighten the muscle of the abdominal wall.

This is an aggressive weight loss surgery.

The wife of ex-president, Obasanjo (late Stella Obasanjo) went through the same procedure few years ago. Stella later died in Coma after the surgery.

The President is said to have been informed about the new twist and may have given his nod for a socialite and wife of a retired top military officer, who is a close confidant of the First Lady, to be questioned.

A source in the Presidency said the socialite woman, who is a confidant of Mrs. Jonathan, might be questioned over her role in the medical state of the First Lady.

“Mr. President is worried about the role of a friend of his wife in the whole health saga. The woman knows so much and she may be questioned on her role and involvement in the health status of the First Lady,” a source said.

The First Lady is currently recuperating in a German hospital, Horst Schmidt Klinik, in Wiesbaden.

“All I can tell you is that Mrs. Jonathan undergone surgery and is in a stable condition. She is out of medical danger,” a Presidency source told National Mirror yesterday.