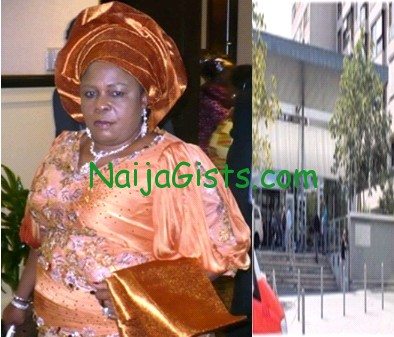 Contrary to reports from the presidency that Patience Jonathan is not sick, we can now confirm that she is indeed seriously ill.

She was rushed to a German hospital last week after suffering food poison which started in Dubai.

According to confirmation received from the hospital, the first lady was said to be in a bad health state when she arrived the hospital last week.

An anonymous hospital official said Patience Jonathan had earlier been treated for food poisoning in Nigeria before being rushed to the Horst Schmidt Klinik after her condition worsen.

The source said she is currently responding to treatment after undergoing an emergency surgery due to ruptured appendix to remove the poisons in her intestine.

According to an 8-minute telephone interview Leadership news had with a senior consultant at the hospital, the first lady was rushed to the hospital after the hospital had been briefed on the deteriorating health condition of Patience Jonathan.

We wish her quick recovery.