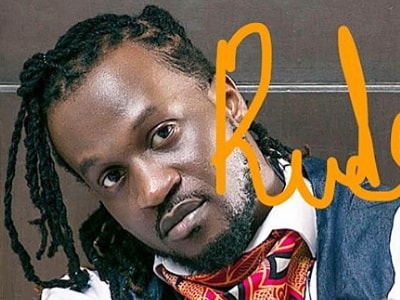 Paul Okoye, the half of singing duo Psquare has once again talked about controversies surrounding the split and how he has been coping since the group broke apart.

See excerpts of his interview with The Nation reporter Adeniyi Adewoyin below:

How have you been?

I’m fine, everybody is fine, family is good but unfortunately they are not around. They travelled yesterday.

How have you been coping without them around?

It felt strange. Its either my son will come and wake me up or I will just hear the babies crying but there’s nothing like that.

Are you working on any project right now?

Yes, I have projects but it’s not like I’m bringing out an album. I’m just working on singles and dropping the videos about three weeks after the audio. I’ve also been doing concerts upon concert.

Talking about concerts, are gigs still coming in since you went solo compared to when you were PSquare?

It’s normal. There was a bit of a breakdown when it happened and everyone were in shock because usually when things happen like that, I wait for almost nine months. But this time, I had to move on with my life and under two months, it became normal for me. It’s the same old thing. There’s nothing new. The only part I know is different is performing alone because at the early stage I wasn’t used to it but now, I am used to it.

Are you saying you don’t miss the whole PSquare thing?

Like I said, I don’t want to discuss anything about the past. You are a journalist fine but just know that there are some certain things you can ask me that will benefit both you and I. So the best thing is either I skip it or wave it unless it’s my personal family.

But your fans want to know all these things…

Yes, they are my fans and I know how to communicate with them and I tell them take heart!

Are there chances of a PSquare come back?

I never left and I don’t know why people keep asking me that. It might be the fourth time it’s happening but I always wait. But this time the difference is that I did not wait. So I don’t have issues on that.

Do people still recognise you as the same Paul of Psquare since you adopted Rudeboy as your stage name?

Right from time, people have always called me Rudeboy since the days of ‘Busy Body’. Even when I travel outside the country, people try to ask me about certain issues but I tell them same thing. It might be good for the journalist but it’s not good for me because I have so many things to protect. I did not work hard for almost twenty years to just throw it away like that.

How has fatherhood been for you?

It hasn’t been easy especially when you are in my position being an artiste, producer and writer. I was never in support of having a studio in the house because I still want to see myself going out like I’m going to work. Imagine living on the island and the studio is on the mainland. When I had my first child, I was still managing it. But when the twins came, there was no way I could manage it anymore. I have to be around so I had to build a studio in the house.

How did your wife feel about the break up with your twin brother?

I don’t know. Maybe when you see her you ask.

Some people are of the opinion that you guys have gone back to being up and coming artistes since the break up. What can you say about that?

Well, they know who they are referring to. Like I said, nothing changed. If you listen, it is the same thing you have been listening to almost twenty years so I cannot go and discover a new thing. We are in the internet generation so people can say whatever they want. I know people are angry but there are some things that you cannot say; that is why it is family. If somebody did not pull out what they pulled out, you won’t know about anything. That is not me, and like I said, I don’t want to say anything about it. You might be doing your job but I have to protect what I have to protect.

You mentioned earlier that you are always in the studio writing songs and producing; does that mean you wrote all PSquare songs?

Like I said, you can’t get those kind of things from my mouth. I don’t allow people to quote me wrong. The Nigerian media I know before is not the same that I know today. There had been certain issues that some people have tried to join my head and other celebs saying I said this and I said that because you can say something and people will edit it to what they want. Like someone will say you are best in this, you are best in that. In a group everybody have their work they are doing, there must be a leader.

As a handsome man with a successful career and wealth; how do you cope with temptations. Is your wife not bothered about not losing you to your female fans?

It depends on the type of woman you marry. Before we got married you knew I am in the music industry even when we dey date you don see tire, shay na you decide to marry abi you never see those things finish?

Peter Okoye In Atlanta: Former PSquare Star Thanks Fans For Believing In Him As He Forges Ahead In His Solo Career
Healthy Nigerian Breakfast & Lunch Recipes: Scrambled Eggs With Fried Plantain & Vegetable Fried Rice