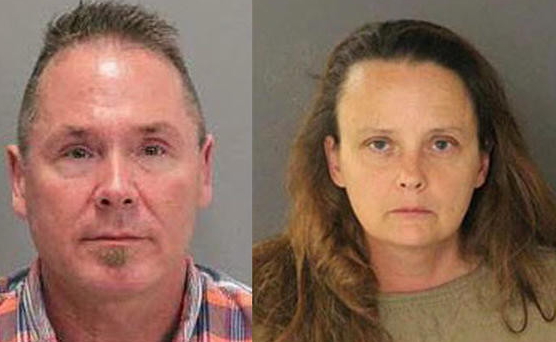 August 8, 2017 – Pedophile Arrested On Airplane After Passenger Caught Him Sending Disturbing SMS About Children To Partner

A woman has been named a hero after she caught an alleged pedophile sending disturbing SMS of planned attack on two children to his partner in crime.

According to San Jose Media, the woman passenger had been able to read the SMS texts being exchanged by Michael Kellar on a flight from Seattle to San Jose International Airport earlier this week because he was angling it away from passengers sitting alongside, and was using an enlarged font.

What she saw prompted her to use her own smartphone to photograph the screen as evidence, and quietly alert cabin crew.

“In my eyes she is our hero,” a San Jose police spokesman has said. She prevented a “catastrophic” and “horrific” attack.

San Jose Police say the aircrew notified the airport to have authorities ready to arrest the 56-year-old when the aircraft landed.

“The conversations were very particular in regards to sex acts that were to be performed on … children,” a San Jose police spokesman said, describing the text messages as “disturbing”.

“Some of the sex acts talked about not only molesting children, but performing bestiality.”

When confronted by police, Kellar dismissed the texts as a sexual fantasy game.

But investigators quickly used the texts and photos being exchanged to trace the suspect a who was to allegedly help carry out Kellar’s sexual instructions.

Gail Burnworth, 50, of Tacoma, was arrested by FBI and Crimes Against Children Task Force officers.

Two children, aged five and seven, were found with her and quickly judged to be the victims of the planned sexual assault. They have been placed in protective custody.

Continue Reading
You may also like...
Related Topics:airplane, passenger, pedophile