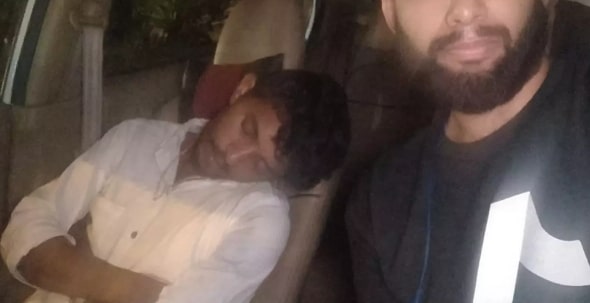 Uber passenger Surya Oruganti was forced to drive himself home when he discovered that the driver was too intoxicated to drive.

Oruganti  claimed he booked the Uber after arriving at India’s Kempegowda International Airport, but once inside the vehicle he discovered the male motorist ‘drunk and drowsy’.

He decided to take matters into his own hands and proceeded to drive himself home over 30km after moving the driver from behind the wheel.

The passenger documented the bizarre incident on Twitter, sharing footage and images of the driver asleep in the passenger seat.

“The ride back from Bangalore airport was not quite what I expected,” he wrote on Twitter on September 9.

“The driver was drunk and drowsy. I had to pull the car over to the side and I drove all the way home.”