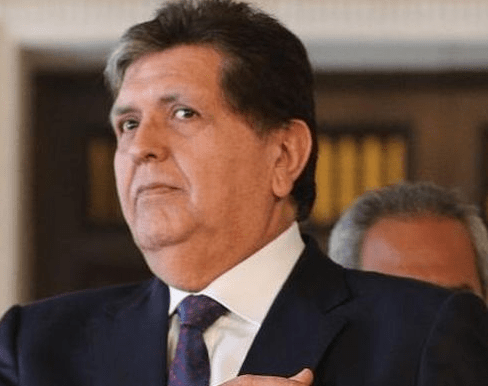 The former President of Peru has killed himself.

Alan Garcia died after killed himself as police invaded his home to arrest him over bribery allegations.

He was rushed to hospital in the capital, Lima. His death was confirmed by current President Martín Vizcarra.

A crowd of supporters gathered outside the hospital and were held back by a line of police.

Officers had been sent to arrest him in connection with the allegations.

Interior Minister Carlos Morán told reporters that when police arrived, Mr García asked to make a phone call and went into a room and closed the door.

Minutes later, a shot rang out, Mr Morán said. Police forced the door open and found Mr García sitting on a chair with a bullet wound to his head.

Continue Reading
You may also like...
Related Topics:peruvian, president, suicide