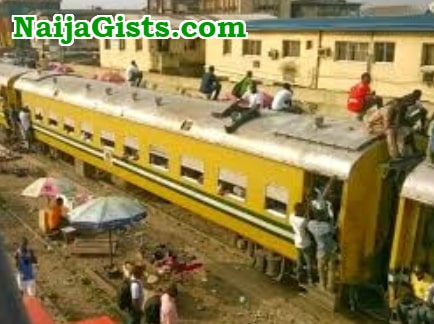 2 persons were yesterday crushed to death by a fast-moving train in Kano.

According to eyewitnesses, the incident happened at about 8a.m. on a rail line behind Kano Club in Nassarawa Local Government Area. The witness said the two unidentified persons were said to have laid down on the rail track.

The rationale behind their laying on the rail track was yet to ascertain. But sources said it could be a case of “suicide”.

A statement by Kano State Police Command spokesman, DSP Abdullahi Haruna, said at about 8a.m. yesterday, the police received a report that two yet-be identified persons, who were laying on the rail track, were crushed by a moving train behind the Kano club.

“The police’s visit showed that one of the victims was cut into two parts and the bodies were evacuated to the hospital,” the statement said.

Continue Reading
You may also like...
Related Topics:kano, kill, Train