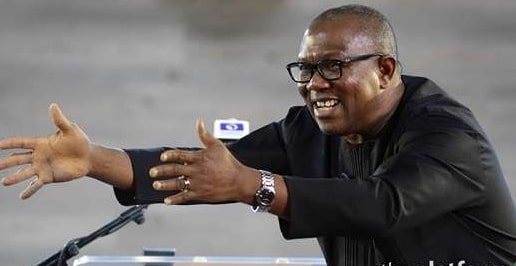 I wish I could believe Peter Obi, former governor of Anambra State and vice presidential candidate of the Peoples Democratic Party (PDP).

He sounds so good; he has a convincing straight face, humble demeanour and throws out numbers and percentages better than most statisticians and economists. He says the right things and pushes the right buttons. Not just at the just concluded vice presidential debate, but everywhere he goes. But, here is the thing; facts and history are so very stubborn. And a leopard never loses its spots, no matter how much it washes itself.

On his way to the two tenures he served as the governor of Anambra State, Peter Obi had several gatherings with businessmen in Onitsha and other places. He would usually give a dazzling performance, only not at his current level, where he is now playing nationally and internationally, after benefits of several executive seminars at some of the world’s top rated schools.

In one of those gatherings at the GRA in Onitsha, he took the businessmen in his audience to task when they complained about access to credit as a major hindrance to their businesses. He told them that they were sitting on capital and just didn’t know it. That most of them have very big and beautifully appointed houses there in the GRA Onitsha, and in their villages.

He bandied about so many numbers as he confounded them with the explanation that the equity in those mansions could easily be converted into cash, “if the right things are done.” That with a businessman like himself, as governor, who understands their problems, “these right things” would be done to solve their credit problem so “that everything would be alright.”

He explained that his government would give them government-backed Certificates of Occupancy (C of O) for their massive mansions. And, as a banker, he would also lead the way in accepting those certificates as collateral for business loans. The room exploded with thunderous ovation. Campaign donations poured in and these affluent and influence peddlers spent their own money to deliver Obi at the polls. Meanwhile, they went home and exaggerated the evaluation of their houses to the tune of hundreds of millions of Naira with the expectation that such jacked up numbers would fetch them sizable credits as promised by Obi. 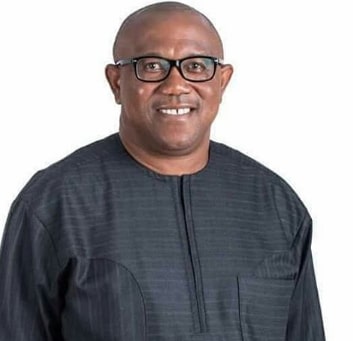 One of the first things that Obi did after he won the election was to hit these businessmen with property taxes based on their exaggerated house evaluations. So many of them are still under water, to this day, from that deal.So much for “the right things being done and everything being alright.”

Here we are again with another election around the corner where Peter Obi is also a candidate. This time, with so many false equivalencies and comparisons that are selling like hot cakes with the masses because Nigerians want all their problems fixed yesterday.

Obi’s numbers, percentages, and comparisons to China, Indonesia, Taiwan, India, the UK and USA play to this emotional expectation of Nigerians.

A word of caution may do Nigeria some good here: Political duplicity, as a doctrine of necessity, during electoral campaigns aimed only at getting elected, as proffered by Quintus to his brother, Marcus T. Cicero in the 1700s, backfires on a bigger picture level. In our experience in Nigeria, it is responsible for the cynical attitudes of Nigerians that have given birth to vote-buying which is currently threatening our democracy.

The Nigerian electorate has been here before, with broken promises. They have been promised everything in the past, but have been duped over and over again. Therefore, the false equivalencies of comparing Nigeria with China, when the two systems of government are not the same and are not on the same time trajectory; measuring India, Taiwan and other middle economies with Nigeria’s own, given the differential capacities in electricity and other infrastructures, are what makes his pitch unbelievable.

Nigerians would want to believe Mr. Obi, but spouting sweet-sounding, but false and incongruent statistics and percentages precedent on non-existent economic input factors would be Nigeria’s equivalent of voodoo economics. And that is my fear and concern for Mr. Peter Obi. I would not want him to be seen as the “Voodoo Economist of Nigeria.” He is a leader whose voice and skills are still needed as we build our nation, despite his being part of the political governing class when Nigeria was being plundered into our current abyss.

At this point, we still need steady hands on the till to right the ship of our nation, and Muhammadu Buhari is it.