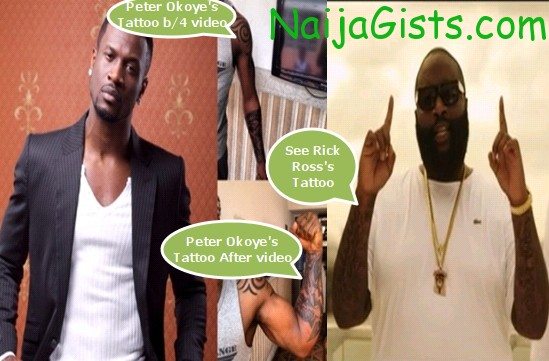 Weeks after the release of an award winning video titled “Beautiful Onyinye” which featured Popular American Rap-star Rick Ross( a well known Free Manson Society member), Peter Okoye of P-Square has released the pictures of his new Tattoo with striking resemblance to that of Rick Ross. 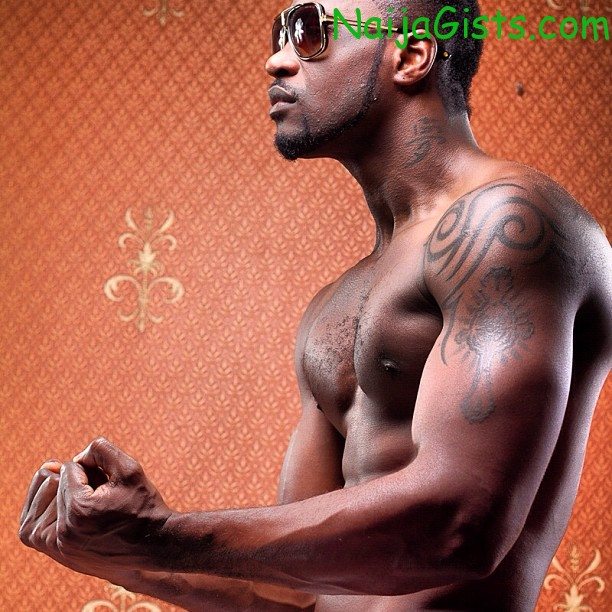 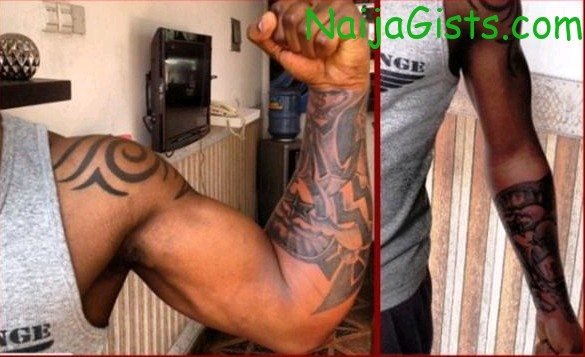 According to a reliable source, Peter Okoye is currently playing on the edge of joining the Free Manson Society (an Illuminati-linked fraternity group) if care is not taken. 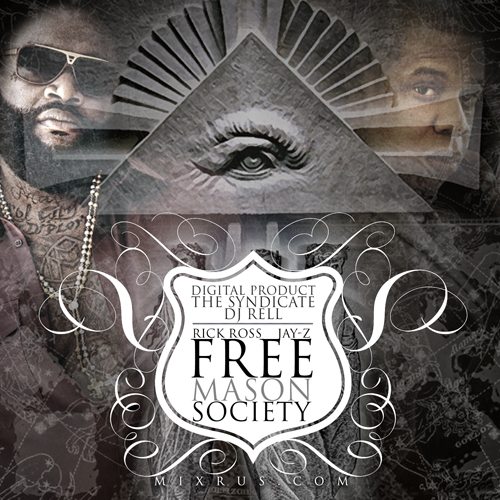 Jay Z and Rick Ross are popular member of the Free Manson Society, a fraternity group linked to Illuminati.

Few hours after the release of the Tattoo pictures, several of his fans were outraged over the uncultured-Tattoo by a man who others look up to.

Important Facts: Peter Okoye is currently not a member of the Free Manson society however, he needs to be careful not to allow wealth or money to tarnish his image (Money can never guarantee happiness).

Peter Okoye should look for something nice to do for our young ones to emulate not being proud of purchasing your ticket to hell fire with your Tattoo. Beter repent now there is time tomorrow might be too late. –  a fan.

Tattoo is addictive. I understand. but my man don carry style dey craze. u hv to watch it mahn. it aint sexy. i no like am sha. – another fan

Tattoo was introduced during the slave trade although it is always part of African art but much more used by d slave masters to identified their slaves just like you mark your goats. – a concerned fan 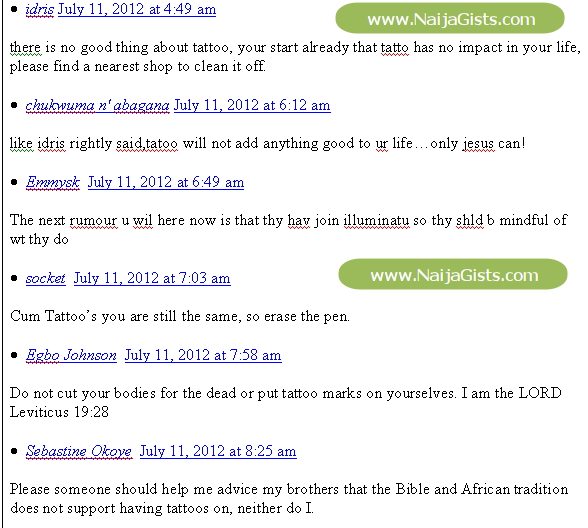 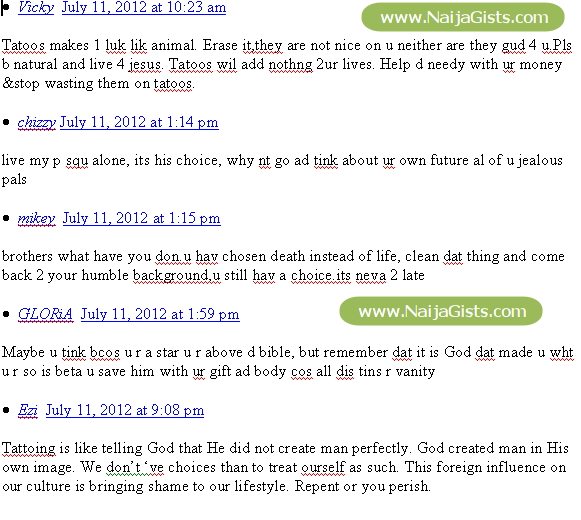