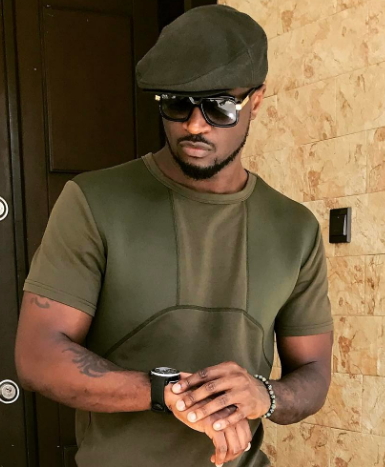 PSquare star boy, Peter Okoye has finally apologised as he blamed himself for the recent media war between him and his twin brother, Paul and their elder brother Jude Okoye.

In the video he uploaded on Instagram, Peter said the group is back together and have resolved their issues.

Sorry for pulling your legs this long, this video was released on the 25th of July 2016. It was recirculated by fans willing to see the two come back together.

Peter took to Instagram few hours ago to debunk the video and what his haters are saying about him. 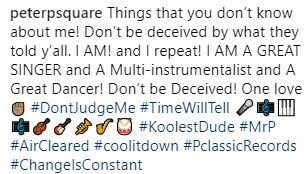 The truth of the matter is that this group is long gone. They are doing everything possible to keep the name but the twin brothers are no longer in good terms.

Peter is currently busy with his solo career, while his brother is doing ok but not as busy as Peter.

It is not a curse, this group ain’t coming back.