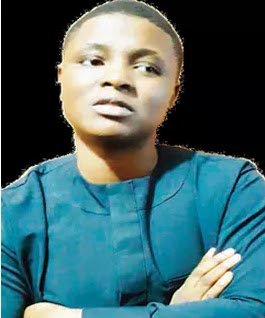 More details have emerged on the female undergraduate arrested for duping fans of Wizkid.

According to Wizkid’s manager, 19-year-old Ifeoma Nelly who told police she is an undergraduate of UNILAG is actually a student of Delta State University.

The 200 Level Industry Chemistry student at DELSU was arrested in Lagos when she came to collect part payment of $25,000 from some Australians at a hotel in Lagos so that Wizkid would go and perform in Australia.

Before the suspect used to collect payment via electronic, but because she was desperate to get her hands on the $25,000, she decided to brave meeting the Australian. She came in company with two friends, a lady and a guy. She did not know that policemen had been planted in the hotel. When she walked into the hotel with her friends, thinking she was on the verge of meeting the Australian and sailing away $25,000, she walked into the waiting arms of policemen and Are.

Revealing how the suspect was arrested, Wizkid official manager, Are said the lady said she had been posing on Facebook and defrauding people for three years, using Wizkid. When asked if she had other members assisting her, Nelly insisted that she was the only one running the show.

Police says Ifeoma Nelly dressed and talked like a man. It took policemen planted in the hotel sometime to recognize her.

She is currently cooling off in police custody.